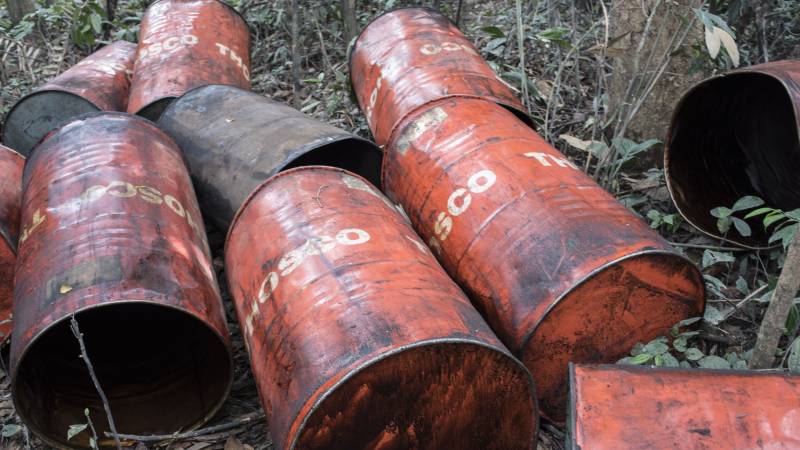 Dozens of people have been killed in an explosion at an illegal oil refinery in southeastern Nigeria. Government officials tell the AP news agency of at least fifty dead, but other sources estimate more than a hundred dead. Many people were also injured.

A fire started last night at the Rivers State compound and quickly spread to two fuel depots. According to a local administrator, the complex was then “engulfed in a fire which quickly spread”. The bodies of the victims were so badly burned that they are unrecognizable.

The cause of the explosion is still under investigation. The exact number of casualties and damage has yet to be mapped. Authorities are looking for the owner of the illegal refinery and have issued an arrest warrant.

Illegal oil refineries are so prevalent in Nigeria that they affect crude oil production in the oil-rich region around the Niger Delta. It is estimated that 200,000 barrels of oil are exploited illegally every day, representing 10% of total production. Working in illegal refineries is a way out of poverty for many people, but fatal accidents occur regularly.

Nigeria is Africa’s largest crude oil producer, but it has few official oil refineries. Therefore, most fuels are imported.