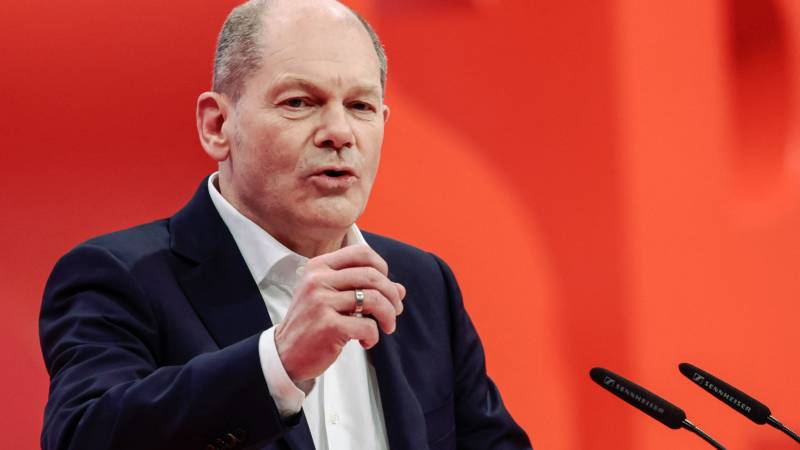 The three ruling German parties, with major ideological differences, continued to speak of “growing together” after their coalition came to power. But now the first fission fungus has come out of the ground. Will the government, which considers itself a revolutionary in the field of sustainable development, adopt natural gas as a source of sustainable energy?

The reason for the discussion is the European Commission’s proposal to include gas and nuclear energy on the list of green energies under certain conditions. This list is intended for investors who want to invest their money in a sustainable way and should lead to more investment in power plants.

So it is first and foremost about money: for the measures that Germany must also take to emit less CO2, it does not matter what you call green or not. At the same time, the political interests at stake are great.

There is no doubt that the country will need new natural gas plants in the near future. Indeed, the production of energy from other sources is gradually phased out, while the demand for electricity increases. In this sense, Germany has put itself in a difficult position.

For example, in an attempt to become climate neutral in time, the current government has decided to shut down all coal-fired power stations “if possible” as early as 2030 instead of 2038. In addition, energy production from nuclear power plants has been reduced. suppressed for twenty years.

Nuclear reactors would be too dangerous, and the thousands of years of storage required for radioactive waste would not be sustainable. The government is clinging for the moment to stopping nuclear power, the last three reactors having closed this year.

And so the Germans must draw their energy from elsewhere. The government recently agreed to build more power plants that generate electricity by burning gas. They must be modern power plants that run on natural gas first temporarily and then switch to more environmentally friendly hydrogen gas. It might take a while.

The wish of the previous German government was for the European Commission to want to add natural gas to the list of green energy sources. But the current coalition also includes the Greens. Although they have also endorsed the addition of temporary natural gas plants, that does not mean they agree that the European Commission wants to label a fossil fuel “green energy”.

The fact that the Greens govern with the liberal FDP and the Social Democratic SDP, which are sometimes very distant from them in terms of content, was defended by the party among its supporters, arguing that it is about an opportunity to impose more sustainability. If they don’t respond now, it will be bad for some of these supporters. Environmental groups have already criticized the European Commission’s proposal, calling it “greenwashing”.

“Doubtful”, qualifies the proposal of the Minister of the Environment Steffi Lemke of the Greens. “It wasn’t necessary in my opinion,” she said in an interview with Phoenix television. “Because we know that in the long term we will also have to do without or with little natural gas.”

But not everyone in government thinks that way. The SPD is largely silent, and FDP chairman and finance minister Lindner told Süddeutsche Zeitung that he also sees the benefits of the proposal.

By viewing modern gas-fired power plants as sustainable under certain conditions, Germany can more easily find investors who want to put billions into building the plants in the coming period. Lindner: “I am grateful that the arguments seem to have been adopted by the Commission.”

Critics fear that this will make investors less aware of other sustainable technologies for which money will be needed in the near future, and that the attractiveness of the European ‘green label’ to investors is waning.

Germany, like the other member states, has until January 12 to respond to the European Commission’s proposal. Then it will become clear whether the government is not just denouncing “sustainable” nuclear energy, but whether the Greens have also argued for a German demand to remove natural gas from the list.