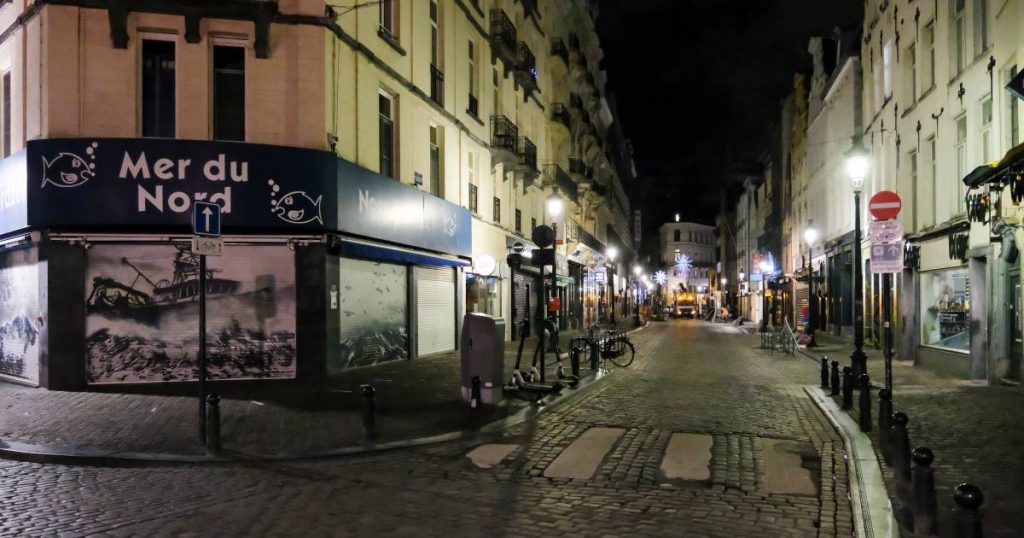 VIDEOThe curfew will be changed overnight from Friday to Saturday. In Brussels, you must stay on Fridays between 10 p.m. and midnight, but you can leave from one minute after the stroke of midnight. The Brussels deputy and municipal councilor of Anderlecht Gilles Verstraeten (N-VA) complained this morning on Radio 1 of his “absurdity”.

In Flanders, the curfew begins at midnight. Anyone living in Flanders no longer has a nighttime curfew from Friday to Saturday. In Brussels, it’s slightly different. There, the curfew begins at 10 p.m. This means that you have to be in Brussels by 10 p.m. next Friday, but the curfew will be lifted from midnight. De facto, as a Brussels resident, you have to stay indoors for two hours and then you can go out again. Not in large groups, as it is still forbidden to bring together three people.

The Brussels deputy and municipal councilor of Anderlecht Gilles Verstraeten (N-VA) finds the measure “absurd”. “It’s a Belgian joke and not even a good one. I don’t know if you think he’s funny, but I, as a resident of Brussels, not really. My tolerance for such nonsense has now reached its lowest point, ”says Verstraeten.

“It could have been announced that it could still be applied on paper, but that it would no longer be applied on Friday evening. The Prime Minister should have agreed with the mayors and the police zones, ”says Verstraeten.

“There is administrative logic in it, but no human logic,” he says. “You should explain to me what this brings. Until 10 p.m., there is nothing wrong. The curfew is one of the most hated measures in Brussels and across the country. Then we have to stay inside for another two hours. At the stroke of midnight, suddenly there is nothing wrong. For a good cause, we must first remain under house arrest for another two hours. “

According to Verstraeten, the curfew has not been properly enforced in recent months. “I have heard many stories of people who still returned home after the curfew. I saw it myself when I got home from a city council. Many young men were still walking in the streets. Running into a police officer and being fined was more the exception than the rule. There is no point in having the strictest measures and then not applying them, ”he said. “Such an absurd measure can lead the population to question all the measures.”

“If you have rules, you have to apply them”, emphasizes Verstraeten. “There are places where there are many gatherings. Then put city guards or police there. You must sanction if necessary. I have the impression that the police do not always get the right support from the government. Nevertheless, Verstraeten does not believe that the police should immediately issue fines. “I’m definitely in favor of asking to abide by the rules first. But if this is clearly not done, sanctions are necessary. I have the feeling that Brussels places too much emphasis on the idea of ​​awareness and prevention. People are very reluctant to face sanctions. How useful is it to have strict rules? “