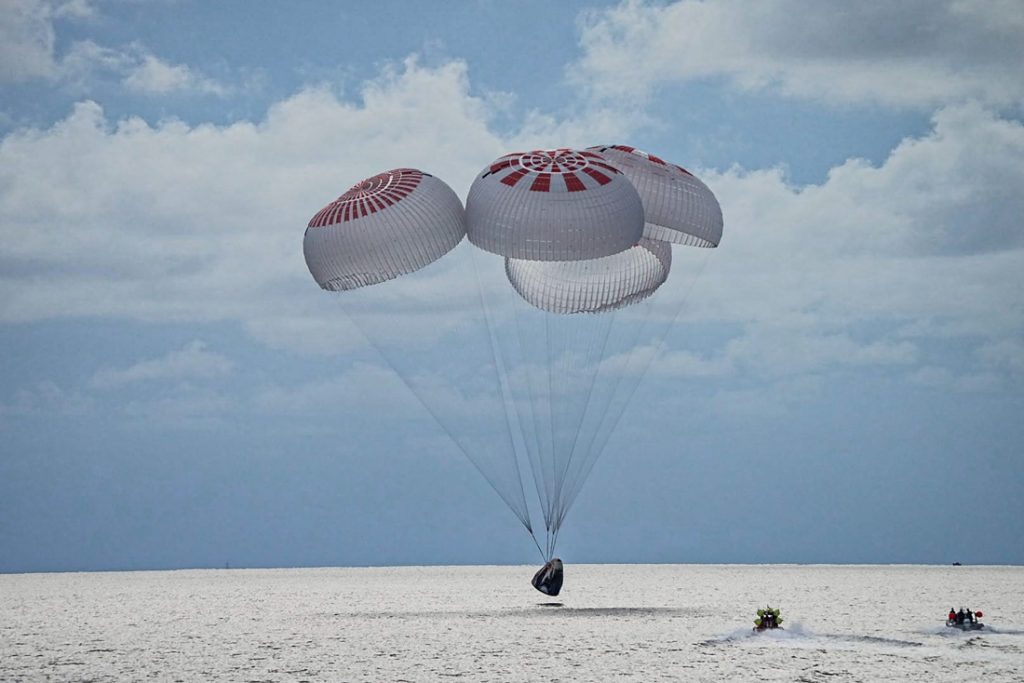 The four civilians who were launched into space aboard a Falcon 9 launcher from Space X on Wednesday evening, landed on Earth overnight Sunday. Shortly after 1 a.m. Belgian time, their Dragon capsule landed in the Atlantic Ocean off the coast of Florida.

In total, the members of the “Inspiration4” mission toured the earth for three days. At a speed of about 30,000 kilometers per hour, the spacecraft took about 90 minutes per orbit. The crew reached an altitude of more than 580 kilometers, higher than that of the International Space Station (ISS).

“Inspiration4” is the first fully commercial manned space flight. The four occupants were individuals without a professional or institutional astronaut orbiting our planet for the first time. These were 38-year-old billionaire Jared Isaacman – a civilian pilot who also has experience with fighter jets and served as the mission commander -, Sian Proctor, civilian pilot and professor of geology from 51 years old, 29 year old Hayley. Arceneaux – medical assistant at St. Jude Children’s Research Hospital in Memphis, Tennessee – and data engineer Chris Sembroski, 42.

READ ALSO. The Engineer, Artist, Commander and Doctor: Sounds like a joke, but these “tourists” are really taking a space trip on their own.

During their flight – which will be the subject of a Netflix documentary – the quartet conducted health experiments that were paid for by SpaceX, among others. They have also set up activities to sponsor St. Jude Hospital. Talks with actor Tom Cruise and SpaceX founder Elon Musk were also on the agenda, as was the virtual ringing of the closing bell on the New York Stock Exchange on Friday.

Isaacman, who funded the mission, is the third billionaire to go to space from the United States in a matter of months. In July, Briton Richard Branson (Virgin Galactic) and ten days later Amazon founder Jeff Bezos (Blue Origin) preceded him. They only made a short trip to space and were only there for a few minutes and at a much lower altitude.

After landing at sea, the four space tourists were picked up by SpaceX and then transported by helicopter to the Kennedy Space Center. “It has been an amazing trip for us, and we are just getting started,” Isaacman said shortly after landing.

SpaceX’s next fully commercial flight is scheduled for January 2022, when the U.S. space company will launch three businessmen into space.