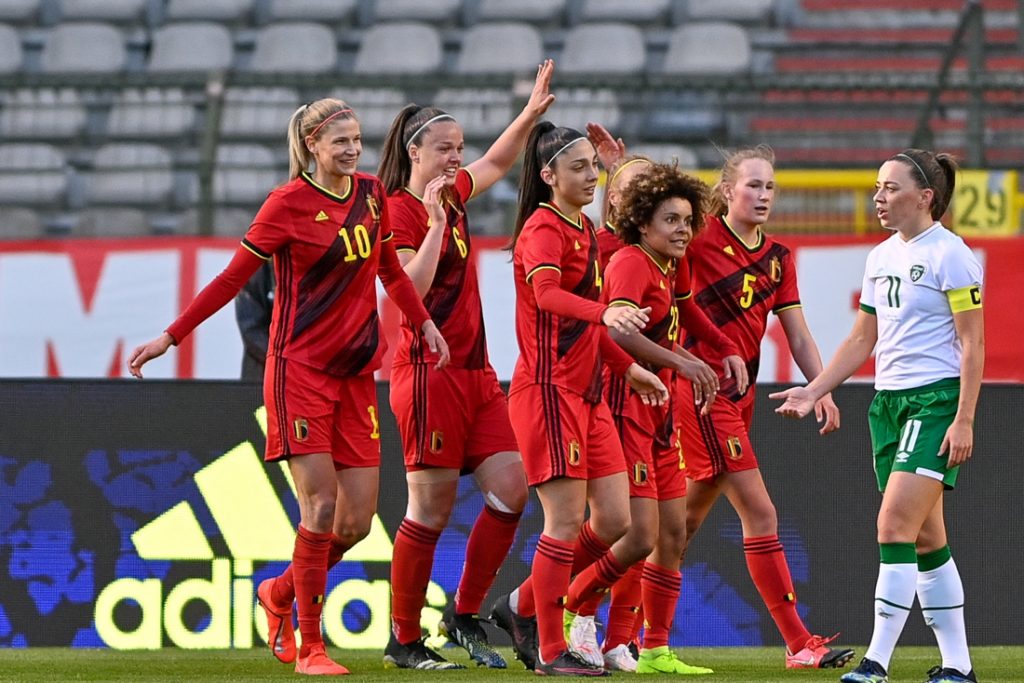 The Red Flames, the Belgian national women’s football team, will no longer be broadcast on VTM but on Play. Parent company SBS said on Tuesday that it has purchased the rights for the next two years and will live stream all of the World Cup practice and playoff matches.

“Women’s football is a growing sport, with top-level players,” said Katrien Jans, head of women’s football at the Belgian Football Association in a statement. “To make sport even better known to the general public, we need more visibility. We are therefore very happy to be able to provide the necessary boost with the Play family to generate this visibility. In this way, we can take women’s football to a new level together. “

Lead Sports Olivier Goris is happy with the arrival of the Red Flames to Play. “Belgian top athletes and Belgian football belong to Play and the Red Flames now also occupy a prominent place in the Play family,” he says. “The Red Flames have worked year and day to get to where they are today, with their best clubs and with the national team. Together, they fought to shine again on the international stage. Together they are stronger than ever and with the home supporters they can undoubtedly outdo each other even more. All together. Their performances deserve the greatest possible attention and we at Play would like to contribute. “

The Red Flames are looking to qualify for the 2023 World Cup in Australia and New Zealand. They will start their qualifying campaign on Friday September 17th in and against Poland. The match can be followed live on Play4 and via the livestream on GoPlay.be at 6:40 p.m. Four days later – Tuesday September 21 – the Red Flames will play their second qualifying match against Albania at the King Baudouin Stadium. This match will also be broadcast live on Play4 and GoPlay.be from 8:10 p.m.