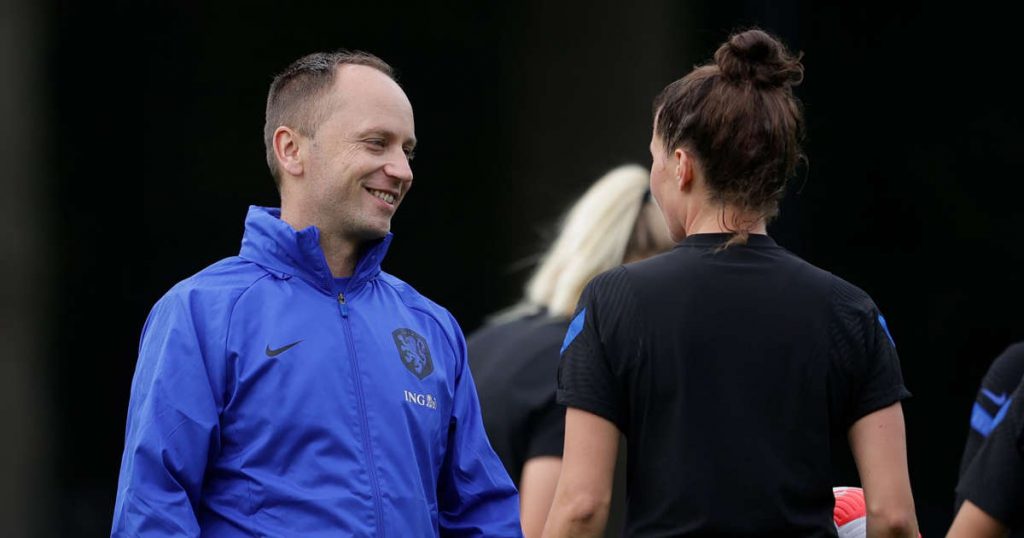 
The Orange women started the first training session at Zeist on Monday with sixteen players under new national coach Mark Parsons. The other eight players, including Vivianne Miedema and Jackie Groenen, train indoors.

The eight players who are not on the pitch came into action with their club on Sunday and are therefore resting a little more. Earlier today, it was reported that FC Twente striker Renate Jansen and Ajax goalkeeper Lize Kop had both been injured in the opening matches under Parsons.

The two were replaced by FC Twente’s Kerstin Casparij and sc Heerenveen goalkeeper Claire Dinkla, so that the squad again consists of 24 players.

The Netherlands begin World Cup qualifying on Friday with a home game at the Hitachi Capital Mobility Stadium against the Czech Republic. Next Tuesday, Iceland will be the next opponent in Reykjavik. Belarus and Cyprus are the other opponents in Group C. Only the group winners qualify directly for the 2023 World Cup in Australia and New Zealand.

England’s Parsons, who also has American nationality, is the successor to Sarina Wiegman, who moved to the English after more than four years of national coaching.

Until this summer, Parsons, 35, was the coach of the American club Portland Thorns. He previously worked for Washington Spirit. It is the first time in history that the Orange Women have had a coach of foreign nationality.

In 1978, the Austrian Ernst Happel was the last foreign men’s coach.