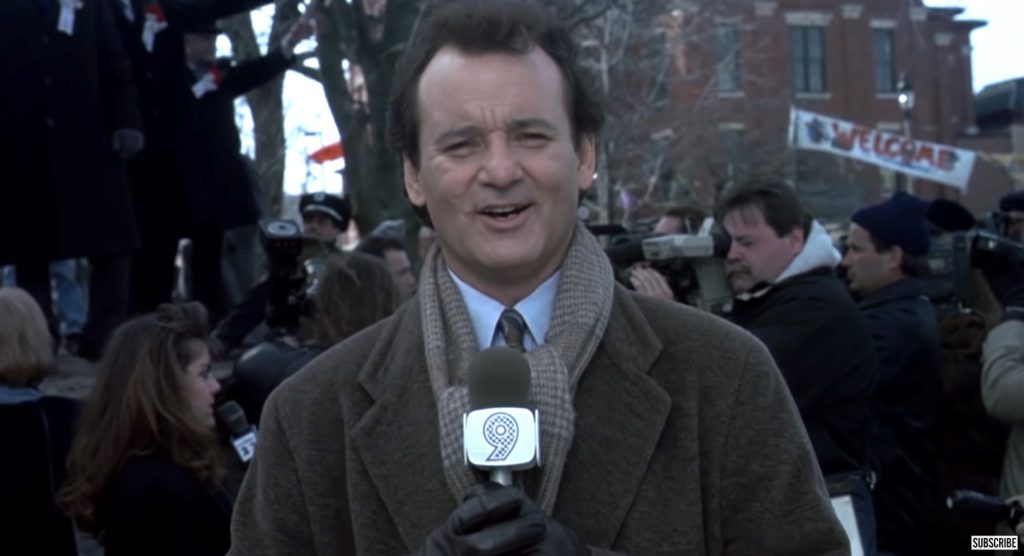 Many will remember that Prime Minister Mark Rutte and former Minister of Health Care and Sports Bruno Bruins addressed the country on March 12, 2020 and the first restrictions were imposed.

Groundhog Day is a widely celebrated public holiday on February 2 each year in Canada and the United States. Around that day, the marmot (woodchuck) awoke from its hibernation and showed itself for the first time outside its den. The holiday became known around the world in 1993 by the movie of the same name. Each year, a regional television station spends an article on the appearance of the groundhog. The presenter still reluctantly goes to the town of Punxsutawney to talk about it. This time, after a day of filming with his crew, he finds himself stuck in a snowstorm. When he wakes up in the morning, everything from the day before begins to repeat itself. Now, every day is exactly the same for the TV host, the days are the same and every day is Groundhog Day for him.

Groundhog Day has become a household name now, in part thanks to this hilarious film, and the name is used regularly in a moderately cynical context in which the news repeats itself. Take the countless press conferences we have now had in connection with the resulting pandemic. Many will remember that Prime Minister Mark Rutte and former Minister of Health Care and Sports Bruno Bruins addressed the country on March 12, 2020 and the first restrictions were imposed. For example, they explained that events could only take place for a maximum of one hundred people, that people had to work from home in case of mild flu or colds, and that visiting the elderly and sick was not recommended. .

In part because of these announced restrictions, the gravity of the situation slowly manifested itself. Our social existence suddenly went into austerity mode. Vigilance and solidarity were essential, creating distance was essential. In the footnote, it was noted at the end of this first momentous press conference that the schools could remain open as usual. After all, children would be the least contagious and too many parents would be fooled if children had to stay at home. I was surprised and worried to hear the story. Apparently I was not the only one. Concerns have been shared and voiced from across the country. Eventually, after a scheduled emergency meeting, schools closed a few days later and fully online education was launched. Not for the three weeks planned, but for three months.

In mid-December 2020, we rehearsed. The second wave caused many infections and schools closed again for a long time and completely switched to offering online courses. During these hectic times, the restrictions on beating the virus have often been adjusted or tightened as well. The vaccine should eventually provide the solution. But in many cases the virus appears to be winning the vaccine battle and we are now, once again, back to square one.

Experts say once again that schools can remain open safely, provided the measures are followed (…) and the current cabinet of guards once again does not see the need to give back to those exercising earlier. a crucial profession like teaching their booster protection. avoid a lot of downtime. We have to wait for more patients and a formidable third period in line.

In the movie Groundhog Day, it’s not clear how the main character ended up in the ‘Groundhog Day’ rehearsal. It’s also unclear how long that particular day will continue to repeat itself in the film. So the script shows a lot of similarities with our lives today. More than a year and eight months after the first press conference, at least some things have been established: there is a lot of agitation and dissatisfaction, there is a lot of uncertainty and it is not known for how long. this uncertainty will last. Hopefully this time will never be repeated.