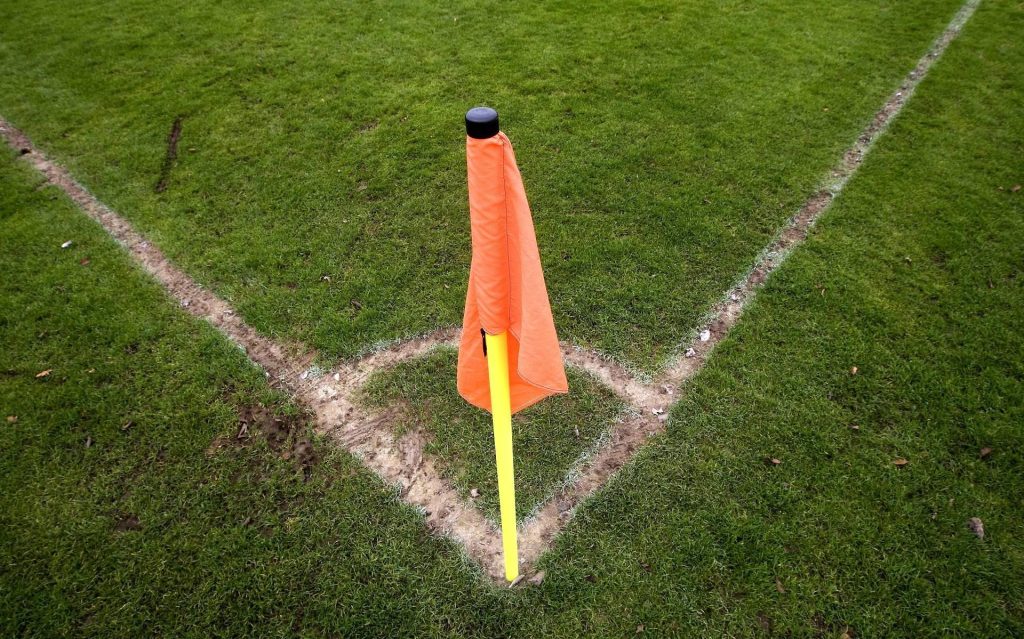 The amateur football match between Blauw Wit ’34 2 from Leeuwarden and PKC’83 2 from Groningen was stopped in the 70th minute and 1-1 on Saturday due to a fight on the pitch. That and more in our news overview of the past 48 hours.

President Henk Buning is stunned . ,,I have been involved in football for a long time, I have really seen a lot of things, also a lot of riots and fights. But it really beat everything. I’ve never experienced that.”

No prizes, but a cool Eurovision adventure for Nijland’s Luuk

Luuk van Dalfsen from Nijland fell outside the Junior Song Contest prizes on Saturday , but lost? It doesn’t look like that at all for the twelve-year-old boy. “It was great fun.”

Luuk was in the final of the Junior Song Contest with the band High5 on Saturday, a live show in Ahoy Rotterdam. His boy band ended with the song Because I know In third place. There were four acts on stage. ,,I thought it was a shame we didn’t win, but it was so cool.”

No Pride with boats this year, but through Leeuwarden on foot during the Pride Walk. “It’s such a big community”

At the Arendstuin in Leeuwarden people gather around two o’clock on Saturday afternoon . The lawn slowly fills with brightly colored braggarts. Some wear lavish outfits and many rainbow flags serve as capes. People also carry cardboard signs with playful texts.

,,I’ve been bisexual since 2017 and it’s so nice to see so many people falling in the same vein as me,” Inge says with a big smile. “It’s such a big, big community.”

The 75th anniversary of the Battle of Warns drew a large crowd on Saturday afternoon . Albert van der Ploeg argued in a speech for direct subsidization of farmers as a reward “foar lânskip en natuer”.

The commemoration at the memorial stone on the Rode Klif traditionally attracts a very mixed group. It revolves around the victory of the Frisians over an invading Dutch force in 1345. The monument on this site symbolizes the freedom of the Frisians as well as the love for their own language and culture.

Two years after the recordings in It Heidenskip, fierljeppen is now on Netflix

The documentary series premieres September 30 on Netflix. human playground dedicated to special sports around the world. The fierljeppen can also be seen in it, even in the trailer .

In August 2020, recordings were made at the fierljeppen in It Heidenskip, with Ysbrand Galema, among others. In the trailer for the series, we see him jumping, between shots of camel races and eagle hunting. Later this year, the series will also be available on Youku, the biggest streaming service in China.

With a battle plan that breathes ‘Fryslân is fan ús’, the FNP enters the provincial elections. The party program is “bigger” than previous programs.

With fewer votes for the government and more autonomy in the region, the FNP hopes to surpass the highest electoral result in the party’s history in the next Provincial Council elections. ‘The lee salts yn hannen’, writes the FNP in the electoral program presented this weekend .

Ymkje Clevering from Haulerwijk has one with Veronique Meester silver medal at the world rowing championships in the race in the Czech Republic . This is her first medal in the coxless pair. On Sunday, she won a silver medal with the ‘women’s eight’.

The Dutch pair only had to let the defending champions’ boat from New Zealand take the lead in the final. United States rowers won bronze.

Further in the news:

* The Spoordok area in Leeuwarden deserves a lot more greenery and water, says artist Jack Visser. This is possible with the construction of higher residential towers: up to 265 meters high.

* Why does the Keramiekmuseum Leeuwarden serve an Ottolenghi dish on a very expensive porcelain dish of the Ming dynasty?

* Dokterswacht Friesland wants to better channel the flow of callers who call in the evening, at night or on weekends with a request for help and so reduce waiting times.

* Do something for society and develop yourself. This is the idea behind social service. „I liked it so much that I now continue as a volunteer .”

* What does social work bring to Frisian youth? “It made me so much stronger, I wish that to everyone”