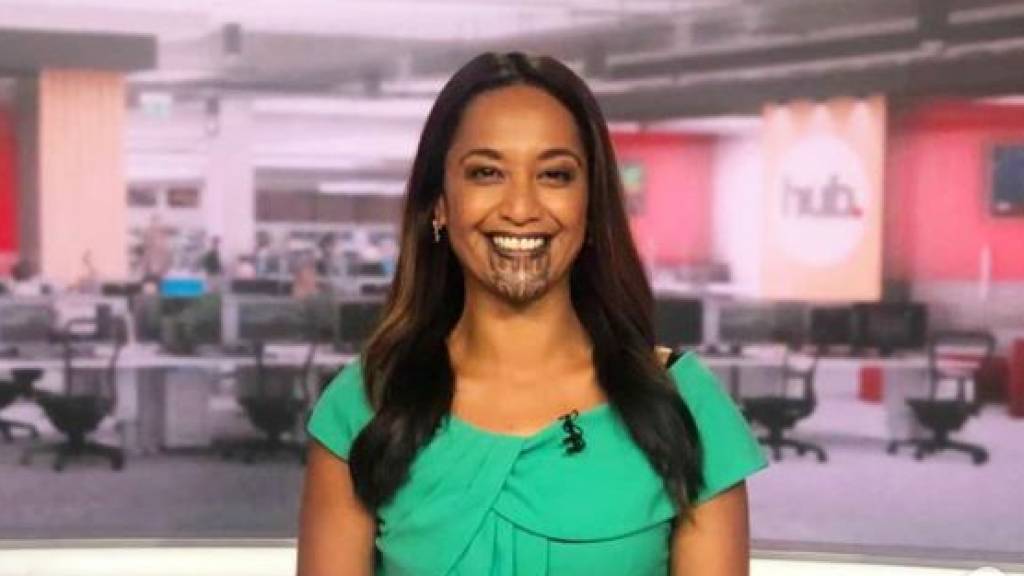 Oriini Kaipara is the first newsreader with a traditional Maori facial design to present the 6 o’clock news in New Zealand. With that, the 38-year-old writes history.

On Christmas Day, Kaipara made its prime-time debut on the national news channel News Center. Until yesterday, she could be seen on the news channel every day at dinner time. Her ambition is to become a permanent presenter of the 6pm show.

“I was really thrilled. I was overjoyed,” said Kaipara CNN after hearing, she was allowed to present the news. “It’s a huge honour. I don’t know how to deal with emotions.”

Maori are the indigenous people of New Zealand. Facial marks for women belong to the chin and are called moko kauae. In the male they are all over the face and become Mataora Appointed. Kaipara took her ‘moko’ about three years ago to express her strength and identity as a Maori woman.

In 2019 present Kaipara all news from New Zealand public broadcaster TVNZ. It was not prime time, but the afternoon news. It was the first time in the country’s history that someone with Maori facial decoration had appeared on the news.

“When I doubt myself and see my reflection in the mirror, I don’t just look at myself,” Kaipara told CNN. “I look at my grandmother and my mother, and my daughters, and all the other women.”

Along with plenty of cheers, there’s also been some backlash to the reporter’s prime-time debut. People often criticize her using Maori expressions such as “keep watching” (® tonu mai). She says she does it because the language is very important to her. Its aim is to encourage people to speak the language.