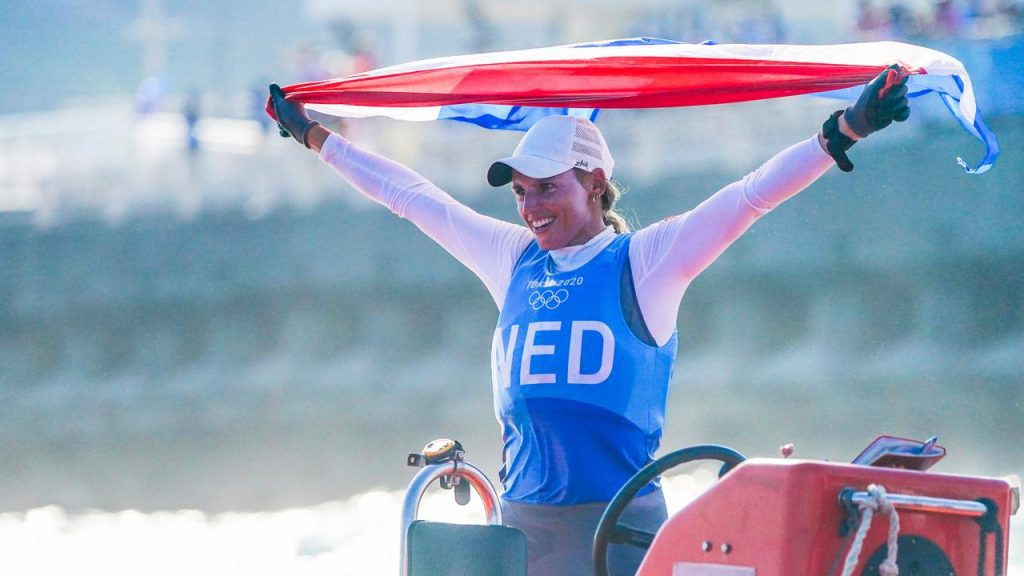 Sailor Marit Bouwmeester clinched bronze on Monday at the European Championships in the Ilca 6 class. The 34-year-old Frisian, who made her World Cup comeback last month after giving birth to a daughter, lost a place in the standings on the final day.

Bouwmeester finished third in Hyères, France with 50 points. The European title went to Agata Barwinska of Poland with 44 points. Silver went to Switzerland’s Maud Jayet, who finished with 48 points.

Last month, Bouwmeester returned to competition at the World Cup in the United States after giving birth to a daughter in May. The Frisian was for a time in the lead at the World Cup, but has fallen further and further in the standings in recent days, partly due to fatigue.

Bouwmeester finished ninth at Kemah (Texas). At the European Championships off Hyères in the south of France, she rose through the ranks during the tournament.

Bouwmeester would like to participate in the 2024 Olympics in Paris. She has won a medal at the last three Games: silver in London (2012), gold in Rio de Janeiro (2016) and bronze in Tokyo last year.

In the Ilca 7 men’s category, Niels Broekhuizen was the best Dutchman in tenth place. He lost three places in the standings on the final day. The European title went to Pavlos Kontides of Cyprus.