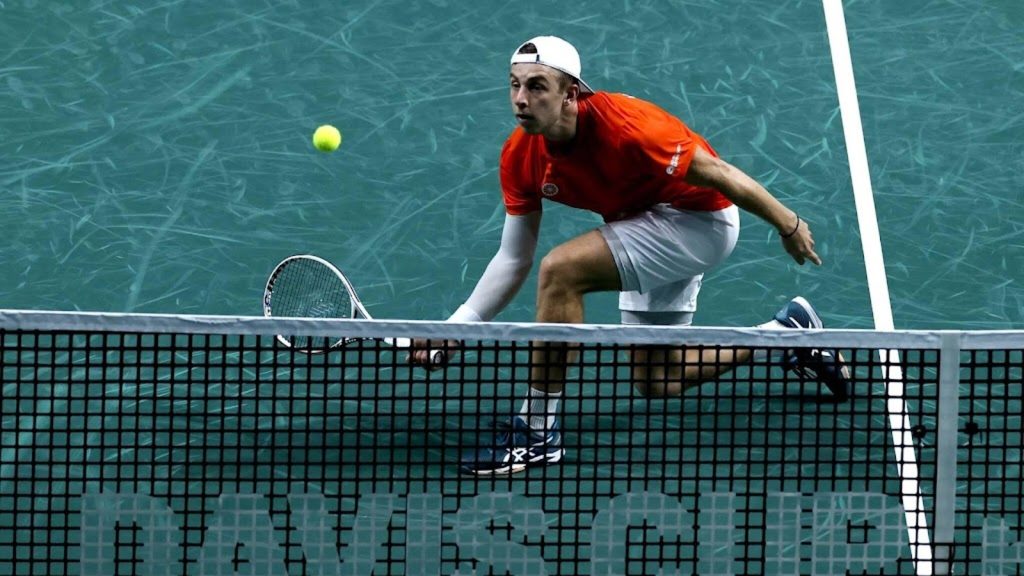 Tallon’s Greek track failed to give Dutch tennis players the lead in the Davis Cup quarter-finals against Australia. The Netherlands’ number 2 was at Malaga in a convincing trio, the least of which was Australian Jordan Thompson. After 2 hours and 54 minutes, it became 4-6 7-5 6-3 for the world number 84.

Thompson, 28, who cleared six break points in the second set and thus turned the situation around, finished it with a smash on his first game point. With the Greek track disappointed, the Australian fell in the arms of Captain Lleyton Hewitt.

The Greek track (26) started the game with a break of serve but then returned his own serve with a love play. At 2-2, he also imposed a break with a love game, that is to say without losing a point, and he kept this lead.

In the second set, both players were consistently close to breaking, but it seemed to turn out to be a tie-break. At 6-5 for Thompson, however, the Greek trail – partly due to a double fault – delivered a sloppy game, so a third set had to bring the decision.

Thompson still looked fine in the third set, while the Greek trail made a mental impression. At 3-2 he lost his service game, after which he was no longer involved. The three hundred Dutch supporters still hoped for an extension of the match, but the Greek track failed to force the break at 5-3.

In the second game, Botic van de Zandschulp will face Australian point guard Alex de Minaur. If Van de Zandschulp wins, a double tiebreak will follow. With a victory, the Orange qualified for the semi-finals of the Davis Cup for the first time since 2001.

The quarter-finals, semi-finals and the final battle will all be played out this week at the Davis Cup final in Malaga. The top eight countries qualified. Croatia, Spain, Italy, the United States, Germany and Canada also participate in the South of Spain.

Australia will play in Malaga without Nick Kyrgios, the country’s best tennis player. The world number 22, a runner-up at Wimbledon this year, chose rest over the Davis Cup final.