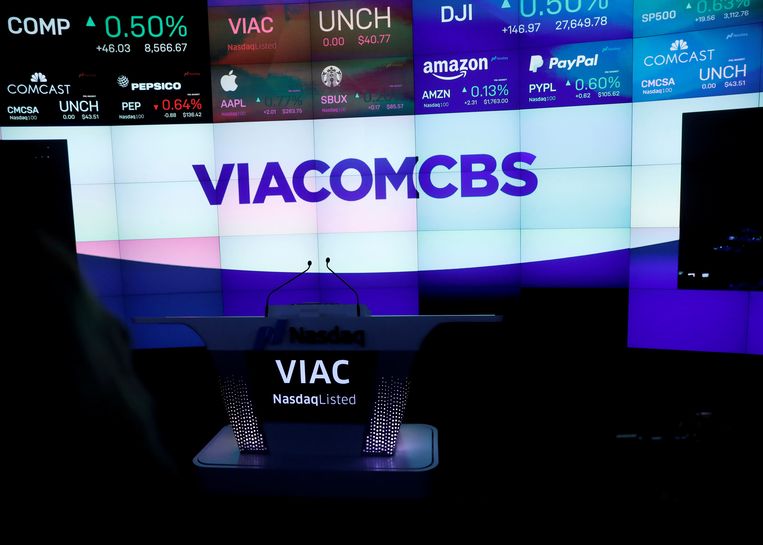 The creator of SpongeBob, CSI at Impossible mission has evaded tax with the help of the Netherlands for almost two decades. Media conglomerate ViacomCBS funneled at least $ 32.5 billion (€ 26.6 billion) in revenue to Dutch companies between 2002 and 2019, which partly remained out of the hands of the US tax authorities. If the company had correctly reported all income in its home country, ViacomCBS would have been almost $ 4 billion less due to tax assessments.

This emerges from research by the Foundation for Research on Multinational Enterprises (Somo). Small reservation on the figures: Due to the lack of transparency of the annual reports, it is possible that some “selling costs” paid to a branch in Curacao do not relate to a tax trick, but are linked to costs actually incurred. It doesn’t seem very likely.

ViacomCBS is one of the world’s largest film and television producers, owned by the American Redstone family. Just a selection from the portfolio: Nickelodeon, MTV, Comedy Central, Teenage Mutant Ninja Turtles, Shrek, Star Trek, Titanic at the wolf of Wall Street. The company claims to reach 700 million viewers.

According to Somo, tax evasion works like this: by far most of the programming is produced by ViacomCBS in the United States. To show roughly Jane the Virgin, Transformers or the movie SpongeBob SquarePants Sponge out of the water foreign subsidiaries and partners pay royalties to the company. This money does not go directly to the country of production, because ViacomCBS has placed the broadcasting rights in a tax-efficient location. During the years studied, the company used locations in Bermuda and Barbados, Somo found.

The trick then is to get the royalties to the sunny final destination as cheaply as possible – and that’s where the Netherlands comes in. Flexible rules and a variety of international tax treaties make the Netherlands l one of the most important transit countries in the world. ViacomCBS has hired six Dutch companies since 2002, Somo reports, to collect royalties worldwide and pass them on to a tax haven.

This is how CBS International Netherlands BV wins the series NCIS, Hawaii Five-O in film The beauty and the Beast. Of this Dutch company’s income, 72% in 2019 came from EU countries, writes Somo. These countries are also seeing potential revenue leakage.

The Dutch construction benefit consists of a little employment and the tax that the six BVs pay. According to the agreements with the tax authorities, ViacomCBS has been obliged since 2011 to leave 0.8% of its turnover in the Netherlands, as if it were a profit margin. In 2019, the Netherlands collected $ 10.6 million (€ 8.7 million) in taxes from the six BVs, on turnover of $ 1.15 billion.

Such agreements with the tax authorities aim to avoid ambiguities when filing tax returns, explains tax law professor Jan Vleggeert of the University of Leiden, who does not know the details of the structures of ViacomCBS. “You may wonder why we are still making deals for tax avoidance structures.”

The product may be modest, so the Netherlands earns money from construction. Good news? “If you just look at the Netherlands, every euro of tax is included. In the meantime, you are eroding the tax bases of other countries, ”says Maarten Hietland, researcher at Somo.

For several years, Viacom has used CBS Netherlands not only as a transit country, but also as a final tax destination, like Barbados and Bermuda. It was appealing because the US and Dutch tax authorities assumed the other would levy taxes on these type of limited partnerships (CVs) – so no one levied taxes, Somo reports. The rules have now been changed so that the so-called CV / BV construction is no longer attractive.

ViacomCBS’s tax holiday is not over yet, as the media conglomerate has a new tax structure, Somo found. The Dutch BV now transfer the royalties to the UK. Thanks to a depreciation trick, two subsidiaries in this country have managed to create a position of $ 1.2 billion, which they can offset with future profits.

ViacomCBS did not respond to inquiries from wedding and previously did not comment on the report sent.

An agreement on a minimum tax of 15% for companies is approaching, according to the actors of the G7.