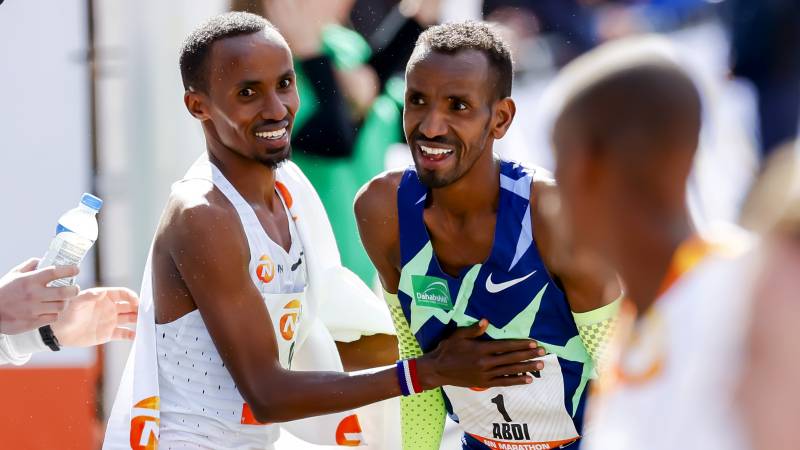 In Ethiopia, at 2,700 meters above sea level, Abdi & Abdi, as they are now affectionately called, have been copying the preparation for the Olympic Games for two months. They train at Yaya Village, the training center founded in 2009 by legend Haile Gebrselassie.

There the two are joined by Mo Farah, another Somali who fled to Europe. The four-time Olympic champion, who plays for Great Britain, is working on his recovery on the Ethiopian plateau after a serious foot injury.

“We really need each other,” Nageeye says of Abdi. He, the deadpan runner who has unwavering confidence in his final sprint, learns a lot from Abdi, the dedicated athlete for whom training schedules are sacred. This is a typical example of opposites attracting. “We really complement each other in all areas. I would never have come this far on my own.”

They also share a dream come true for both of them in Rotterdam. “In 2010, I was faced with a choice,” Nageeye recalls. “Do I focus on furthering my studies or do I put everything on athletics? I left for Kenya and decided to see where the ship would go aground. And look where I am now.”

With his victory in Rotterdam, he really means that. “Keep dreaming. And keep believing in yourself.”