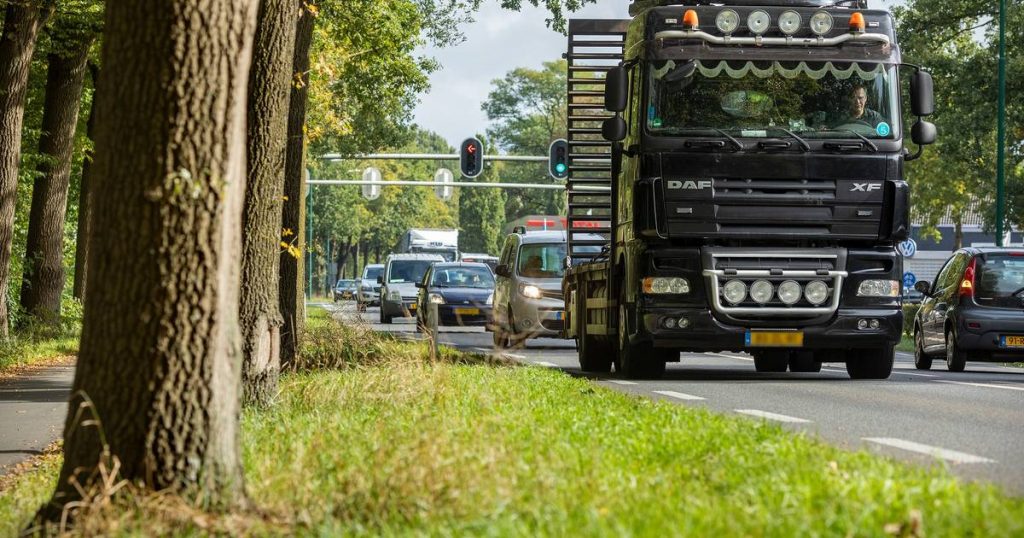 BLADEL – The location of a new section of fast cycle path on the N284 in Bladel is a topic of discussion, he emerged during a briefing on Thursday. The people of Boskant and Heeleind do not want the road to cross their street. Not everyone agrees on the other two alternatives either.

Bladel is looking for the best route for a fast cycle path between the N284 intersections with the Europalaan and the Lange Trekken. Alderman Wim van der Linden (VHP) received this assignment from the city council last year. This was in response to criticism from residents of Boskant, Heeleind and adjacent streets. They did not agree with the choice of a route on their residential street.

A meeting Thursday evening at the Den Herd cultural center was to kick off the research that the AaAccent agency will conduct for the town. About 160 residents had completed a digital survey in advance. More than thirty of them wished to present their opinions and ideas orally. They barely gave the alderman and his support staff the space to present their side of the problem.

,, I give everyone their opinion and I do not doubt the sincerity, but the impression that we are just doing something with the N284 is incorrect, ” Van der Linden reflected to speakers after more than three hours of argumentation and discussion. He expressed hope that the method will eventually overcome resistance.

This method means that the design office will study three variants. The planned route on Boskant and Heeleind, and the routes on the north and south sides of the N284. In addition to major maintenance work, the objective of the entire N284 project is to improve traffic flow, safety and accessibility. The cycle path to be constructed should be safe and short and, if possible, provide space for the widening of the N284.

It is not surprising that respondents opted for a cycle path north or south of the N284. The majority voted for the south side. “It meets all the requirements. There is space and it is a short connection. “In addition, there is already a two-way cycle path to the south between De Uitgang and the Egyptian Gate,” according to one.

Where cars now run, a spacious cycle lane can be built

In particular, residents who line the N284 with their houses pleaded for the northern variant. “Where cars go now, a spacious cycle path can be built. There is enough room to move the express traffic lane a little further south. This prevents us from noise pollution and nuisance caused by particles.

The location of the fuel pump north of the N284 was also discussed. Van der Linden was clear on this: ,, When the KBP was built, we gave all petrol stations the option of building a petrol station there. They got together and they all gave up. A missed opportunity. ”