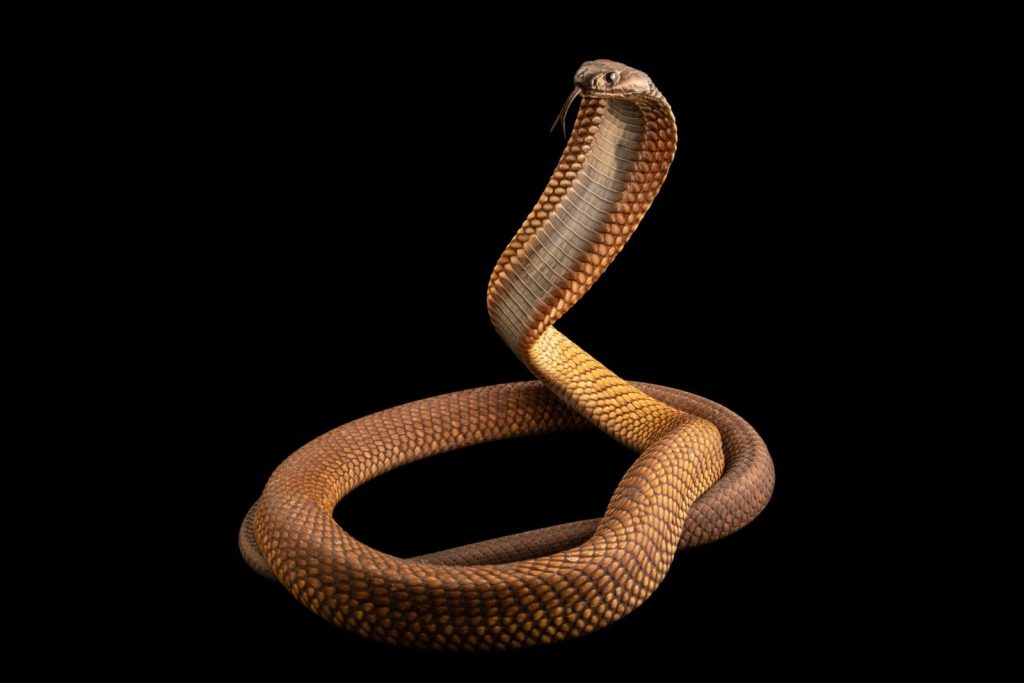 Photographer Joel Sartore says it was only a quarter to seven in the morning and his clothes were already soaked “like I had been thrown into a swimming pool”.

He was lying face down in a yard on that oppressive September morning, taking pictures of ungulates like the blue wildebeest in the Arabian Wildlife Center in the United Arab Emirates (UAE). The temperature there can still rise to over 42 degrees in the fall, so hot that three of the four lights he uses to take his photos have stopped working.

Corn Sartore remained freezing in these conditions. Over the next two weeks, he added more than 200 species native to North Africa and the Middle East to the Arch photo from National Geographic. This project aims to capture 15,000 species living in zoos and reserves around the world.

Read also: Which animals will be the first to disappear because of climate change?

He has photographed striking animals such as the Arabian eagle owl, a North West African subspecies of the cheetah (Acinonyx jubatus hecki) and the critically endangered Arabian leopard, all of which reside in the Arabian Wildlife Center nature reserve. (Find out why Sartore launched Photo Ark 15 years ago.)

Sartore describes Photo Ark as a “long-standing advertising campaign for nature”, particularly for the 35,500 plant and animal species on the verge of extinction. “We must continue to bring this issue to the attention of the general public so that people wake up in time to save the planet,” he said. Dozens of species die every day, mainly due to human causes, such as destruction of animal habitat and … climate change.

During his stay in the Middle East, Sartore took his twelve thousandth photo. Although he is not sure which animal the twelve thousandth was exactly, he chose the Arabian Cobra as the animal with which he reached this milestone, as it had never happened before. a reptile received special attention thanks to the Arch in the photo. The eleventh thousandth species, announced in February, was a butterfly from the southwestern United States called the dichagyris longidens.

Science does not know much about the Arabian cobra. The species is present regularly but is not often seen. The animal lives in the Arabian Peninsula, particularly in the United Arab Emirates, Saudi Arabia, Yemen and Oman. Until 2009, scientists thought that the Arabian cobra was a subspecies of the Egyptian cobra.

Like most cobras, the Arabian cobra rears its “shield” – a loose fold of skin behind its head – as a warning signal, as Sartore experienced in photoshoots. When he photographed this poisonous animal, he stayed at a greater distance than he normally does, used a longer camera lens, and worked smoothly.

He has spent much of his life photographing animals and is not afraid of most species, but safety is paramount. “You don’t want to be bitten by them,” he says of the Arabian Cobra. Every year in the Middle East, people die from a bite of this snake.

On November 16, the roles are reversed and Sartore himself appears in front of the camera in the soap series General hospital from the American channel ABC the day the Arabian cobra was officially declared the twelve thousandth species in Photo Ark.

“I’m sure I’ll get an Emmy for the hottest performance of the year,” Sartore jokes. “But it’s for a good cause: we’re introducing people around the world to animals they didn’t even know existed.” (Go behind the scenes of Photo Ark.)

Because snakes can hide well and often do not live together in large numbers in the wild, “they are often difficult to study,” he said. Philippe bowles, coordinator of the IUCN Red List Authority for Snakes and Lizards, which studies the status of snakes around the world and determines if and to what extent they are endangered.

The coffee-colored snake, which can reach over a meter in length, lives in semi-arid rocky areas where fresh water is found. The animals likely feed on small rodents and birds, said Bowles, who also co-author of a 2012 IUCN report on reptiles in the Arabian Peninsula.

If he understands that the Arabian cobra is the 12,000th species, he regrets that no other animal has been chosen as a symbol species for this occasion. “There is nothing special about this cobra,” Bowles says. “I’m not saying he’s boring, but it’s not a priority.”

Yet Bowles sees the selection of this cobra as an opportunity to draw public attention to the need to protect reptiles. Of the eleven thousand known species almost one in five is likely to die. For example, the Indochinese water dragon, found in China and Southeast Asia, danger of dying because its habitat is shrinking rapidly and the animals are marketed as pets.