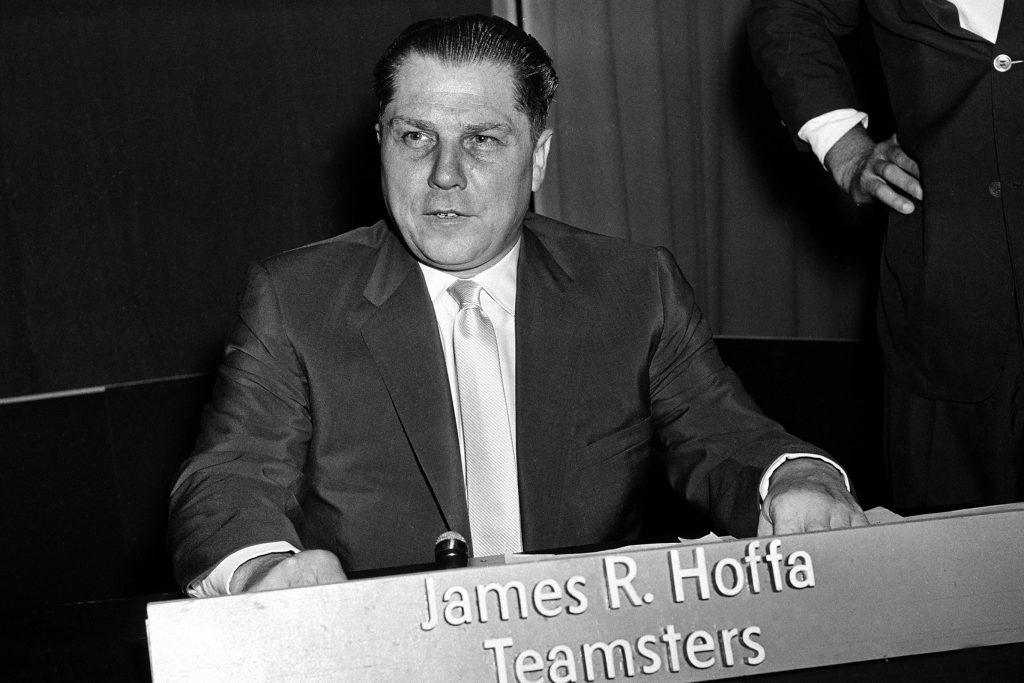 The FBI raided land in the US state of New Jersey after someone confessed on his deathbed that he buried union boss Jimmy Hoffa (62). Hoffa was one of America’s most powerful union organizers for decades, but in 1975 he suddenly disappeared. His disappearance has long been associated with the Mafia, with which the man had a difficult relationship.

History has fascinated researchers since the disappearance. His body has been searched several times over the years. From farms to sub-pools. In New Jersey, the myth has long circulated that the man was buried under the New York Giants football stadium. Hoffa’s Story was also filmed in 2019 by Martin Scorsese with Robert De Niro, Joe Pesci and Al Pacino. The latter plays the role of Hoffa. In the movie, Irish, the trade unionist is assassinated and his body was then burned. But experts say this scenario is unlikely.

READ ALSO. The Real Story Behind the Oscar Film: How “The Irishman” Mocks the Disappearance of Union Boss Jimmy Hoffa

But now investigators are on a new trail after advice from journalist Dan Moldea. He wrote about Jimmy Hoffa while the man was still alive. Several years ago, Moldea came into contact with a man named Frank Cappola. As a teenager, he worked with his father Paul in a New Jersey landfill. “While I was talking to my father, a black limousine entered our property in the mud,” remembers Frank Cappola in 2019, 62, in a sworn statement before a notary. Her father turned to a partner at the landfill and said, “They are here. The boy watched from a distance as the men approached the vehicle, they spoke to visitors who appeared to be pointing to a far corner of the landfill. Later he would find out what was planned. who is writing The New York Times.

In 2008, while his father was on his deathbed, he told her that the men in the limousine had come to tell him that Hoffa’s body would be delivered soon and that they had to bury him. He hadn’t shared these facts with anyone yet. He encouraged his son to reveal it at the appropriate time.

Father Paul Cappola was angry when the men had indicated the place where they were to bury Hoffa. This is because the landfill was under constant police surveillance. So the man was afraid that someone had seen them. So he decided to dig a new hole himself and bury Hoffa’s body there.

The new hole was on abandoned, unused state land just outside the landfill and was between 2.5 and 4.5 meters deep, the father told his son. He first buried the barrel they had put Hoffa in. Then he threw 15 to 30 barrels of chemicals, pieces of brick and dirt on it.

The man is also said to have buried something detectable just below the surface. Son Cappola would have indicated that he means what it is. But it’s not clear if the researchers actually know this, as in March 2020 Frank Cappola died of lung disease.

The FBI confirms they investigated the site last month, but will not confirm the case is related to Jimmy Hoffa’s disappearance.