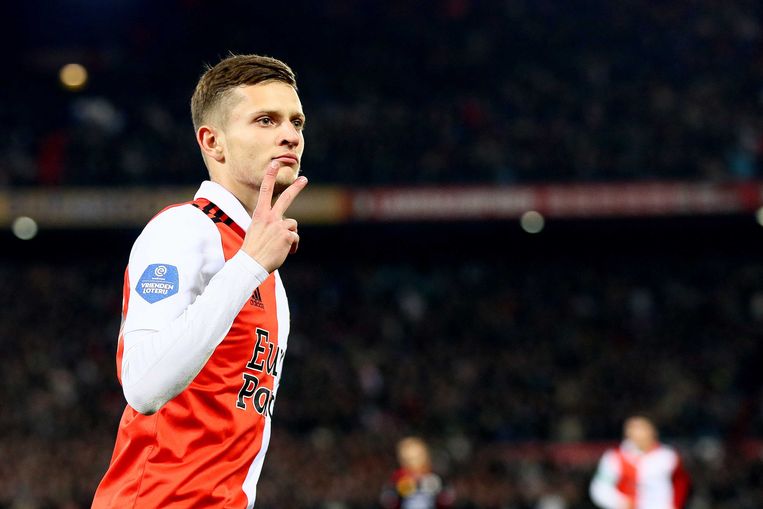 Santiago Giménez himself still had full confidence, his father told Mexican media last week, but hopes are dashed. The Feyenoord striker will not go to the World Cup in Qatar with his country. The number of foreign visitors to the First Division World Cup therefore remains at seven.

Mexican national coach Gerardo Martino handed in his final selection yesterday, just before the deadline, as one of the last countries. It’s not because of the Eredivisie that Giménez was left out, as the coach takes Ajax players Edson Álvarez and Jorge Sanchez with him, as does PSV player Érick Gutiérrez.

This makes Martino, after Louis van Gaal – twelve players – the coach who relies the most on players in the Dutch league. He also brings in former PSV players Héctor Moreno, Andrés Guardado and Hirving Lozano.

The total of nineteen Eredivisie players who now go to the World Cup is slightly higher than the fifteen who appeared at the World Cup in Russia, but the Netherlands themselves were missing. Four years before that, Orange was there and then there were a total of twenty players who earned their living here. In South Africa in 2010, there were even 33.

It could have been more now, but Giménez is by no means the only one having to swallow a disappointment. For example, Ricardo Pepi’s six Groningen goals weren’t enough to convince US national coach Greg Berhalter.

Polish internationals Kacper Kozlowski (Vitesse) and Pawel Bochniewicz (Heerenveen) can also begin the long preparation for the second half of the season at their clubs. Just like AZ’s Yukinari Sugawara, who is currently stuck on 1 international match for Japan, and Zinho Vanheusden, the Belgian who is plagued by injuries.

The foreign Eredivisie players who go there, this time all come from the traditional top 3. Not only will Feyenoord coach Arne Slot be without goalkeeper Justin Bijlow, but Alireza Jahanbakhsh (Iran) and Sebastian Szymański (Poland) have also been selected. Ajax players Mohammed Kudus (Ghana) and captain Dusan Tadic (Serbia) will have to watch if Alfred Schreuder is still their coach when they return.

Of course, Morocco stands out among the Dutch with dual nationality. National coach Walid Regragui, appointed in August, is taking four Dutch Moroccans to Qatar. His arrival meant that former Ajax player Hakim Ziyech could also be admired in Qatar. The Chelsea player has long been at odds with Regraguis’ predecessor Vahid Halilhodzic.

The Drontenaar can speak Dutch in Morocco with Fiorentina’s Sofyan Amrabat, born in Blaricum, Bayern player Noussair Mazraoui (Leiderdorp) and Rotterdam’s Zakaria Aboukhlal, who swapped AZ for Toulouse this summer. If they’re still playing USA, they can chat with Sergiño Dest, the Almere-born half-American who was selected by Berhalter.