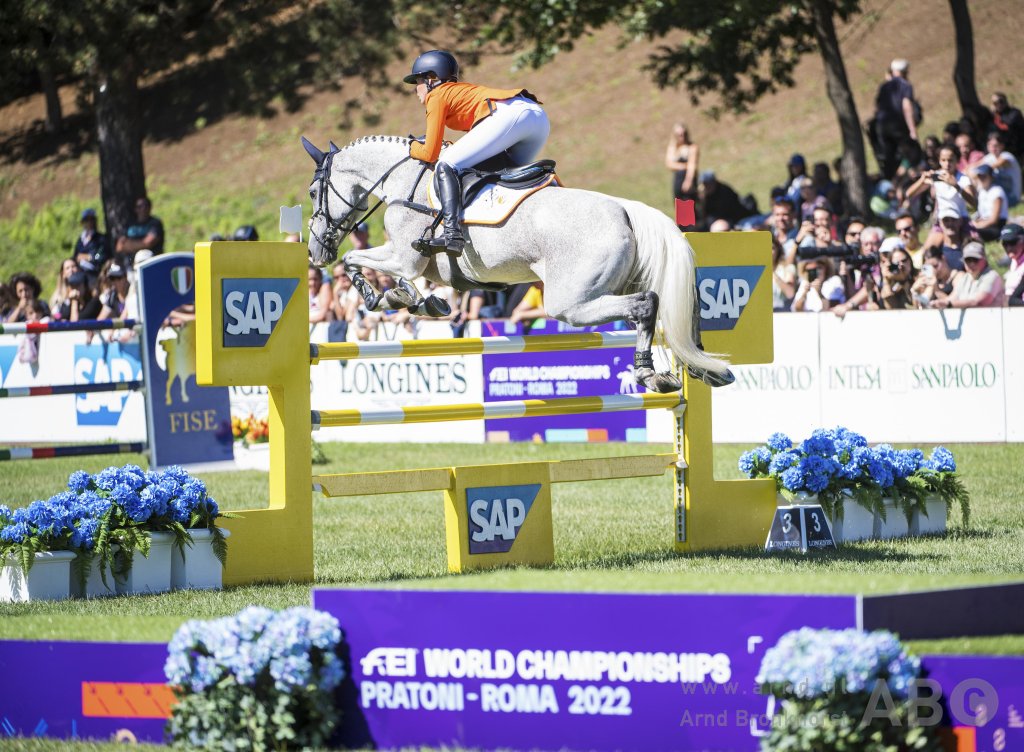 With two bars in the last show jumping course, Sanne de Jong concluded his first eventing world championship with a 58th place. National trainer Andrew Heffernan summed up Sanne’s performance with his horse enjoy succinctly together: “Sanne had a decent race, it’s great that she finished her first World Cup.”

“In itself, I look back positively on my first World Cup. There is certainly a lot of room for improvement, but for now I can’t blame myself for much,” the 27-year-old said after the race. “Enjoy did a great job here, I’m proud of her. It is also her first World Cup and certainly the most difficult race she has run in her life. You always want better, but many trainers and riders here complimented me for riding so hard. These are nice boosts and I hope to be able to show it often in the future. Enjoy was born with us, I saddled her myself and went through every level from there. It’s really special.

National coach Andrew Heffernan is already looking to the future. “There are things that can be improved, we will work on that, but this championship has laid a good foundation on which to build.”

Not fit to compete

Horse Burial Spirit van Jordy Wilken, the second TeamNL suit to compete this weekend, was unfortunately not “fit to compete” this morning and was no longer presented for inspection. Andrew Heffernan: “Unfortunately Burry wasn’t fully fit, but the experience Jordy has gained here is of great value, which we can use in the future.”

“A number of European countries have already qualified for the Paris Olympics,” says Heffernan. “Next year, the chances of qualifying with a team will increase. But we still have work to do,” concludes the national coach.