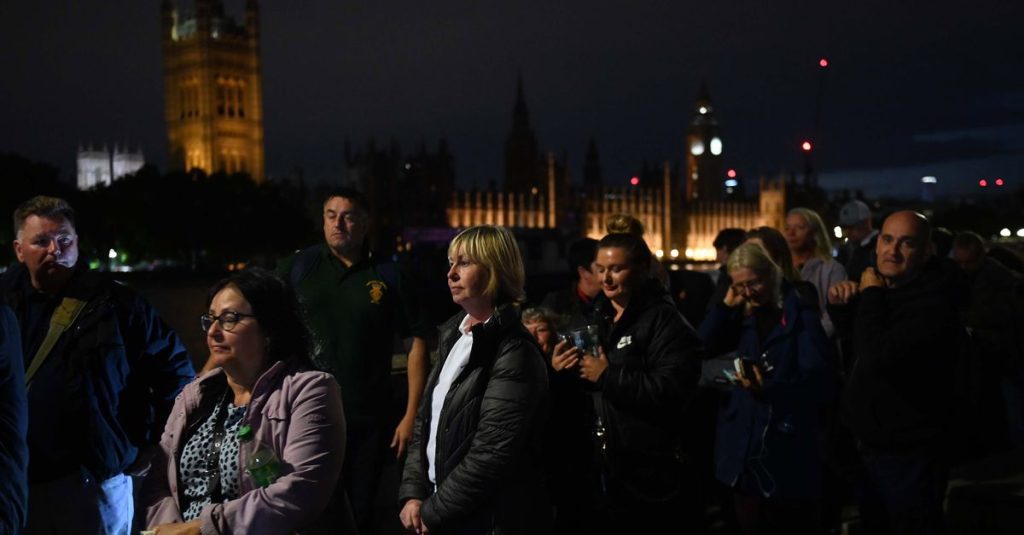 People can no longer line up outside Westminster Hall in London to say goodbye to Queen Elizabeth II. The UK Department for Media, Culture and Sport announced late on Sunday evening on Twitter indicated that newcomers would no longer be able to pass the box in time and therefore close the queue. The last visitor will be able to view the coffin no later than Monday morning at 6:30 a.m. local time and pay their last respects to the Queen who died on September 8.

His son and successor, King Charles III, said he was “deeply moved” by all the people who said goodbye to him and by all the messages of support and condolences he received from around the world. “We were deeply moved that everyone in London, Edinburgh, Hillsborough and Cardiff took the trouble to stop and show their support in the service of my dear mother, the late Queen,” he told the name of his wife Camilla. a statement released by Buckingham Palace.

The funeral of Elizabeth II will begin at 11 a.m. local time on Monday and will be attended by nearly five hundred dignitaries from around two hundred different countries and territories, including Dutch King Willem-Alexander, Queen Máxima and Princess Beatrix, the President American Joe Biden and the Prime Minister. Ministers from Canada, Australia and New Zealand.

Learn more about funerals here: Elizabeth on the same lookout as Victoria

This article is also part of our live blog: King Charles III ‘deeply touched’ by all the support, queue for Queen’s farewell closed