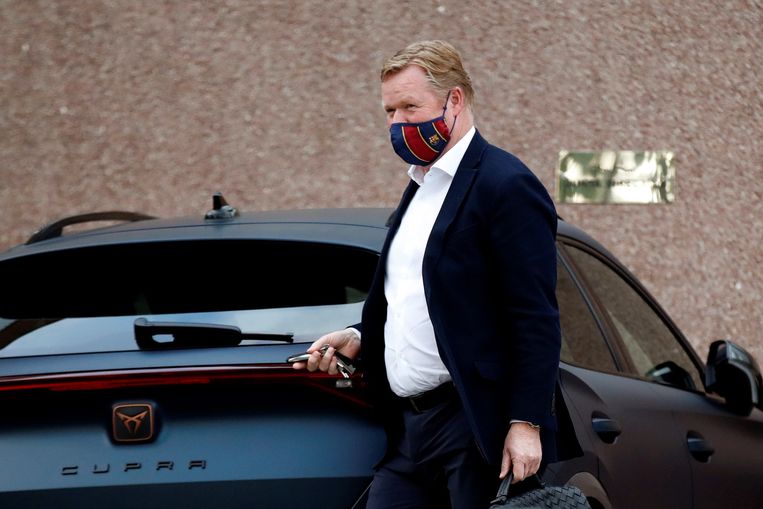 The decision is the result of a bizarre soap opera that has unfolded in the Catalan capital in recent weeks. Laporta, Barcelona’s most important man since this spring, has so far refused to give any certainties on Koeman’s stay as he diligently searches for a candidate he sees as more suitable. This search turned out to be unsuccessful, in part because of the high transfer fees in the Dutchman’s contract.

The talks between Laporta and Koeman changed the president’s mind. According to Spanish media, the coach has promised that Barcelona “will play by Johan Cruijff’s rules again”, attacking football with the 4-3-3 formation. Last season, Koeman mainly let the club play with three center-backs in 3-4-2-1.

Strikingly, Koeman will likely extend his contract now, until 2023, with a bonus year if he manages to meet certain goals. On the other hand, the trainer will have to be satisfied with a reduction in salary. FC Barcelona are currently living above their means financially and want to reduce staff costs, including those of the players.

The support of the club’s technical direction was essential for Koeman’s survival. Vice-President Rafael Yuste, Football Director Mateu Alemany and Technical Secretary Ramon Planes wanted to keep the coach because in their opinion he was not so bad at all.

Last season, Koeman finished third with Barcelona, ​​the lowest ranking in the Spanish football league since 2008. But it sounds more dramatic than it actually was. When Koeman started his job in Catalonia, the club were in a major sporting and financial crisis, after a turbulent summer in which even loyal star player Lionel Messi threatened to leave.

Now the club is in calmer waters. A plus for Koeman is that he won an award in his first season. FC Barcelona won the Spanish Cup. The breakthrough of young talents such as Pedri, Ansu Fati and Óscar Mingueza was also approved by Catalan fans.

In addition to Koeman, assistant coaches Alfred Schreuder and Hendrik Larsson can also stay. In addition, Jordi Cruijff will return to the club. The 47-year-old former FC Barcelona player, son of club legend Johan, will fulfill a “strategic role” on the board from September 1, the Catalans write on their website. It is clear that he will deal with football-related matters. Cruyff comes from the Chinese Shenzhen FC.

His arrival matches Laporta’s election promise that Barcelona will pay more attention to the club’s ‘identity’ in terms of politics. The ideas of Cruijff senior play an undeniable role in this. Under former president Josep Maria Bartomeu, the club of the so-called “cruyffismo” has moved away, Laporta believes. He sees it as a priority to achieve a turnaround, as difficult as it may be without a well-filled portfolio.

With Cruijff – and the stay of Koeman and Schreuder – a small Dutch enclave is formed in the workforce of FC Barcelona. Sergiño Dest, a United States international but born and raised in Almere, and Frenkie de Jong are already playing for the Catalans.

Memphis Depay will also sign with Barcelona soon, writes sport Thursday. According to the media outlet, the negotiations between the striker and the club are virtually over and only Koeman has yet to give his yes. It looks like a formality: the coach had already hoped for the arrival of Memphis during previous transfer periods. Moreover, Georginio Wijnaldum is close to a transfer to the club.