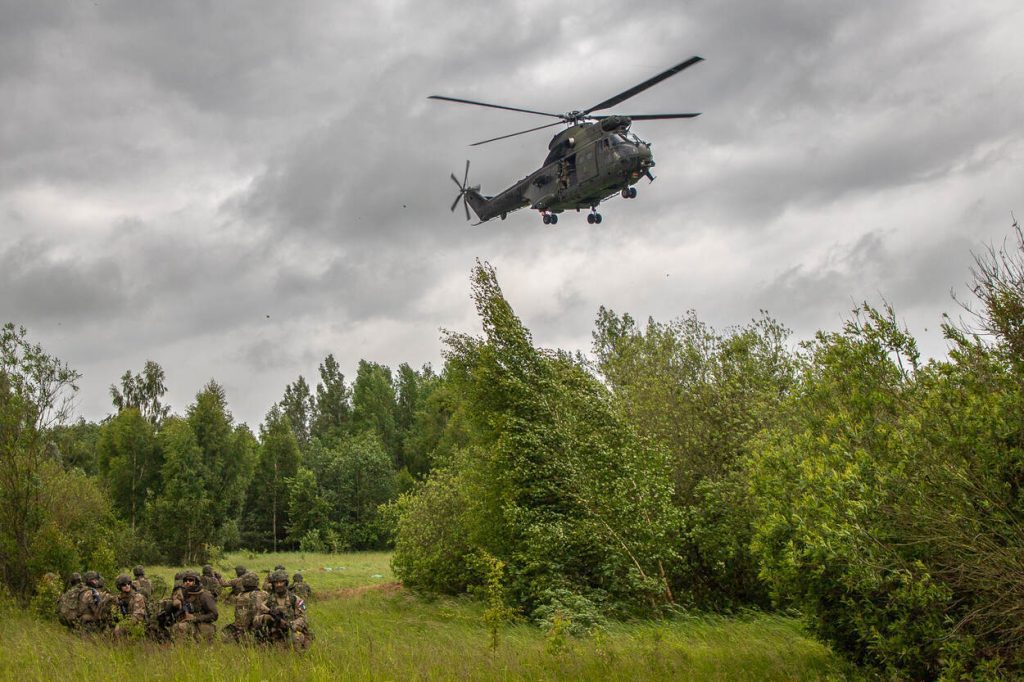 Dutch soldiers in Lithuania again trained in full. For example, a unit normally used with the Boxer wheeled armored vehicle was now deployed for an air attack. A Royal Air Force Puma helicopter dropped the soldiers into the deployment area. There they were to arrest a suspect and bring him back. And it worked.

Dutch soldiers then formed the medical chain with German and Czech colleagues. It was about the treatment of victims after a bombardment to transfer them to a role 2 field hospital.

Former Dutch football and basketball internationals – the so-called Legends – were guests at the barracks in Rukla. There they got an insight into the work of the army in Lithuania. To relax, a football game followed – how could it be otherwise. German, Dutch, Norwegian and Czech teams competed against each other. The Norwegian winner then faced De Legends.

Last week, Dutch soldiers also received 100 children from Ukraine for a day of sports and games. Led by a military sports instructor, they did all kinds of activities in the Utena football stadium.

Since 2017, the Netherlands has contributed to NATO’s Enhanced Military Presence (Enhanced Forward Presence) in Lithuania. Defense currently deploys 270 to 300 soldiers. The force is in the Baltic country to show that NATO is there and to show its solidarity with the Lithuanian people. Russia’s invasion of Ukraine once again makes it clear that the involvement of Dutch military personnel in the eFP is important. The focus is on military exercises in an international context.

In addition to the Dutch contributions to defense operations, the armed forces also make ships, army units and aircraft available for the first main task of defence: the Allied defense of the NATO treaty area. . See the overview of the Dutch military contribution to NATO.