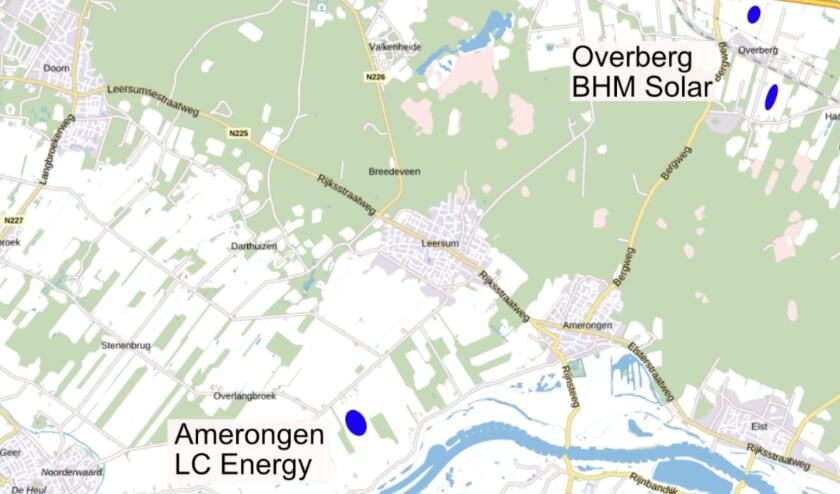 BACK OF HILL The council of the municipality of Utrechtse Heuvelrug wants two solar fields within the municipal boundaries. A plan to this effect was sent to city council on Tuesday.

It is an eleven hectare solar field, spread over two locations on the end road in Overberg and a 12.5 hectare solar field on the Ameronglawing in Amerongen. The two plans are the result of a study by the municipality on the construction of a maximum of 25 hectares of solar fields. The city council will decide in December if the plans can be developed further.

Together, these plans potentially generate half of current household electricity consumption. This represents more than two percent of the current total annual energy consumption of the municipality of Utrechtse Heuvelrug..

FIVE PLANS This summer, the municipality offered the initiators the possibility of submitting a plan for the realization of a solar field. The municipality received five plans, representing a total of more than fifty hectares. A selection was made on the basis of the quality of the plans, including the consequences on biodiversity, nature and the landscape, and innovative solutions were sought. The Nature and Environment Federation of Utrecht also provided a second opinion in the area of ​​participation, choice of location and integration.

POTENTIAL The solar field projects of BHM Solar / Heuvelrug Energie in Overberg and LC Energy in Amerongen obtained the best results in the assessment. The plan that Heuvelrug Energie / Pure Energie has drawn up with the inhabitants of Overberg is on the reserve list. “This plan has a lot of potential, but it still lacks a specific location. The score was therefore lower. When one of the two selected initiatives will not be able to apply for an environmental permit within one year, the Heuvelrug Energie / Pure Energie plan will continue in the process “, according to the municipality.

In its current form, two of the five plans do not fit into the landscape image that the municipality has in mind. These are the projects of BHM Solar in Leersum and Sunvest/ Heuvelrug Energie in Doorn. With adjustments, both plans could receive a positive rating in the future.

CAREFUL The Utrechtse Heuvelrug contains precious and unique landscapes. When integrating sustainable energy production into the landscape, it is very important that this is done with care taking into account the residents and nature. This is why the municipality has previously drawn up the “Energy in the landscape” evaluation framework. This specifies the conditions under which solar fields can be integrated into the municipality. The submitted plans were assessed on aspects such as landscape integration, effect on natural values ​​and technical quality. But also the way in which the residents are involved in the plans and the opportunities for local ownership were taken into account in the assessment.

LOCAL COUNCIL The floor is now first for the municipal council. If the council gives the green light, the two plans will be able to continue the procedure. The next step is for the two initiators to finalize the plans with the local residents. An environmental permit must then be filed before the end of 2022 for these final plans. The solar fields should be completed in 2024/2025. Solar fields provide about half of the current electricity consumption of all households. In addition, sustainable energy is needed for sustainable mobility, heating and lighting companies, and home heating, among others. 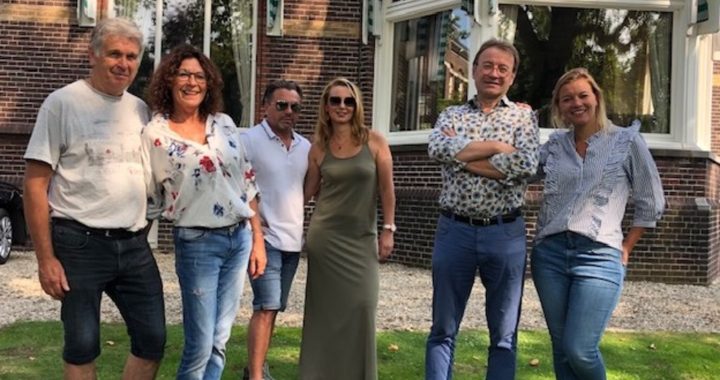