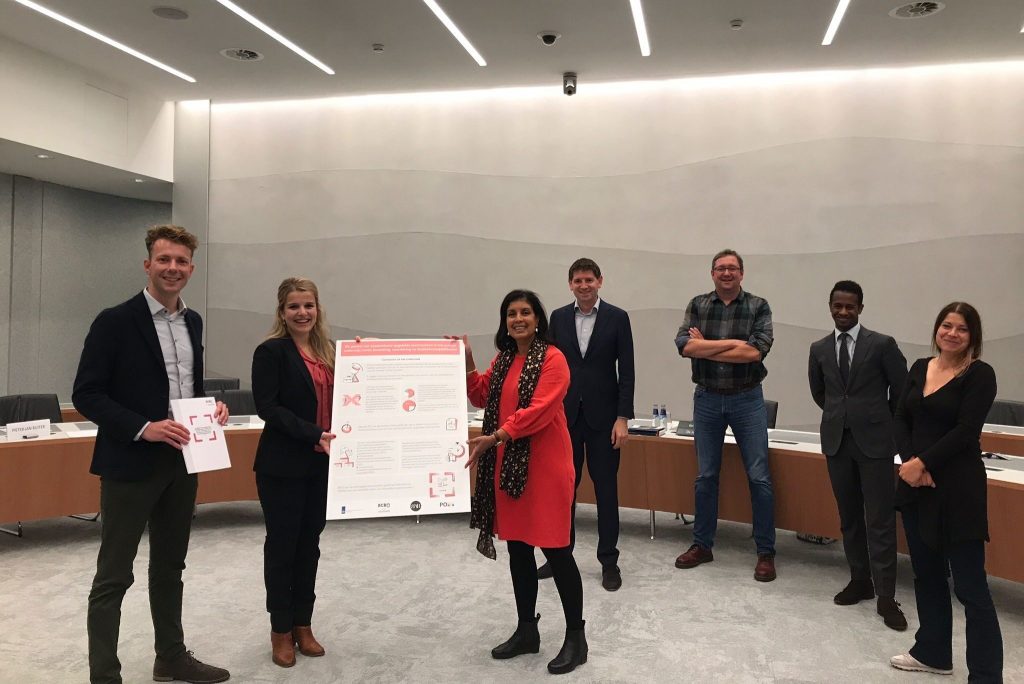 September 30, 2021 | Primary school teachers with academic training leave because they are not able to use their academic skills sufficiently. Use the knowledge and skills of these teachers to tackle children’s reading problems, suggests CDA MP René Peters.

Recently, the Professional Association of University Teachers in Primary Education (BAB) had the opportunity to a research report on the leakage of academically trained teachers to be explained to members of the House of Representatives. On behalf of the BAB, Maaike Radix and Pieter-Jan Ruiter, respectively vice-president and secretary of the professional association, said that many university teachers are dropping out of education due to a lack of career opportunities. Given the current shortage of teachers, this is a problem, they told the House.

Too few opportunities and too little pay

“University-trained teachers are trained to take on a pioneering role within a school, for example a vital role,” Radix explained. “They have critical analytical skills that can help schools grow further.” However, more than a quarter of academically trained teachers no longer work in primary education. Of these, 71% said their departure was due to a lack of career and development opportunities.

A salary that is too low and a workload that is too high are also reasons for leaving. Most academically trained teachers are classified in the regular education salary scale (L10); Even after five years, a large portion of these teachers are still on this scale. Only a small part goes to the L11 scale, and only ten percent ends up in the L12 scale. In addition, 65 percent of academically trained teachers say they have too little time to use their academic skills outside of class hours, while 40 percent would like to. While the departure of these teachers is concerning, only three percent of primary schools have policies targeting this group, Radix said.

Too little money and too little space

According to BAB representatives, many teachers are willing to work more hours if they also have the time and space to use their academic skills, for example by doing research on teaching reading. Even when Lisa Westerveld, MP for GroenLinks, asked them what prevents these teachers from working more, Radix explained that teachers only want to work more if they have more space to use their academic skills. “And not just after quarter past three,” said the BAB vice president.

The general shortage of teachers and money also contributes to this problem, explained Pieter-Jan Ruiter. “Right now there is simply not enough room to give academically trained teachers time to use their acquired skills. There is not enough room for people to do anything other than teach.

Solve the reading crisis with this crisis

René Peters, CDA MP and former school principal, saw opportunities to use this crisis to overcome another crisis, namely the poor state of young people’s reading skills. “If you’re lucky we’ll call you dyslexic, I always say, because then you get private tutoring. The others are unlucky. Meanwhile, the knowledge about a good reading education simply has not been absorbed into the capillaries of education. This is why many students drop out of school because they are functionally illiterate – in other words, they read the Telegraaf, but do not know what it is saying.

“Suppose I know that an academically trained teacher has the knowledge to teach everyone in a school how to give children a very good reading instruction, but there is no money for it. for this teacher to do something other than stand in front of the class, ”explained Peters,“ If there was money to schedule this teacher two days a week with the task of helping his colleagues in their learning to read. , then I would solve reading problems for all children. ”

Funding shouldn’t be a problem, Peters said, as it makes many individual dyslexia programs redundant. “Now I am spending that money on individual programs for children of highly educated white parents – because coincidentally 92% of children with dyslexia have such parents. If spent differently, it will solve both children’s reading problems and the problems of many academically trained teachers. I understand I’m terribly short-sighted with this, but that’s the direction I’m thinking. “

BAB representatives agreed that the necessary expertise is indeed available, but that there is still a lack of money and staff to be able to deploy academically trained teachers differently. That is why they have indicated that they want additional structural funding.