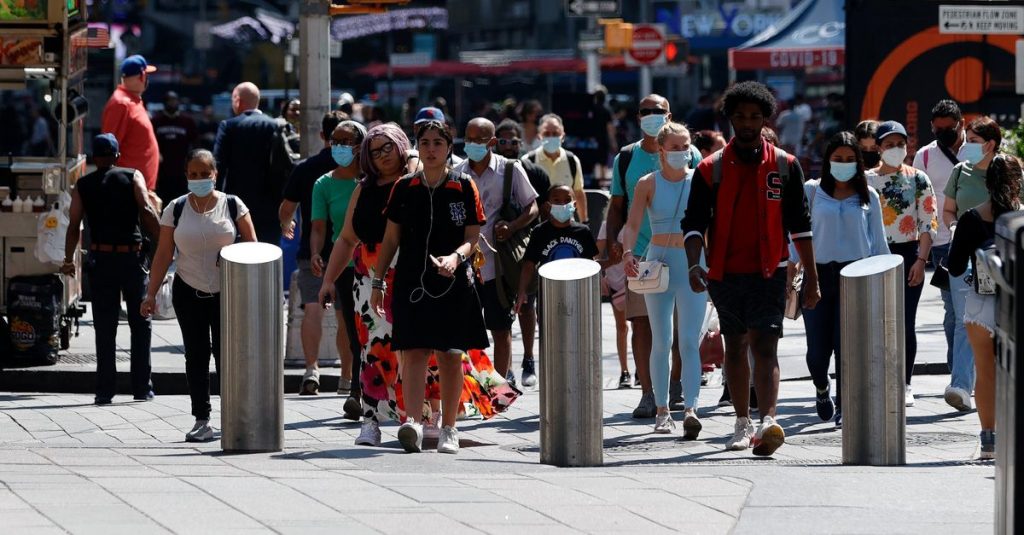 It was already known that the American population as a whole has grown very slowly over the past ten years. But on Thursday, the office of the last census said the slow growth is entirely attributable to non-white Americans and is concentrated in large cities. For the first time in US history, less than 60% of Americans fall into the category of “non-Hispanic whites” or white Americans of European descent.

This is data that is important not only demographically, but also socially and politically. The 2020 census – delayed by the coronavirus pandemic – shows significant changes in the 2022 midterm elections. With this data, individual states will draw new boundaries for their constituencies. This is an arduous process because what is called gerrymandering, drawing the boundaries of a district in such a way that one party has all the advantages and therefore a state is difficult to ‘conquer’ by. the other part, has been elevated to an art form.

The social importance can be greater. In recent years, conservative Americans (mostly white) have sounded the alarm bells about migration under the title of “great replacement” – translated in the Netherlands by Forum for Democracy and Allies as “population”. In short, right-wing politicians and popular FoxNews presenters claim that the Democratic Party is deliberately encouraging (illegal) migration to increase its following. In the words of host Fox Tucker Carlson in April: Democrats are trying to replace the current electorate with “new people, more obedient third world voters.”

Read also : You also earn votes on the drawing board in the United States

The declining proportion of white Americans in the age pyramid will fuel this sentiment. More than half of the districts decreased in population between 2010 and 2020. Who census card also sees where the contraction is greatest: from South Dakota to Mississippi and parts of Kansas to Pennsylvania. The Midwest and what is known as the Rust Belt, the former industrial states in the northeast of the country, are dotted with districts where populations are in decline. It is no coincidence that these are also the areas where Donald Trump assumed his presidency in 2016.

During this election campaign, journalist Evan Osnos (who would later write a biography of current President Joe Biden) spoke for The New Yorker with a prominent neo-Nazi, Richard Spencer. He said Trump “instinctively feels it’s about demographics.” He explained that Trump tapped into “the subconscious feeling white people have – that their grandchildren will become a hated minority in their own country.” I think it scares them.

A version of this article also appeared in NRC Handelsblad on August 13, 2021