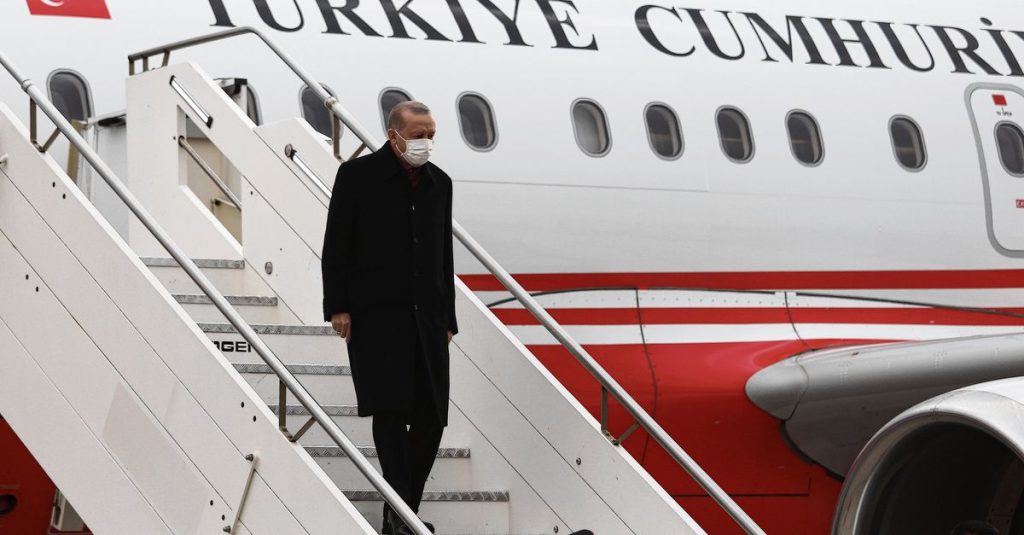 Turkey is now officially called Türkiye, meaning ‘Turkey’ in Turkey. Last week, the Turkish government sent a letter to the United Nations urging it to use the name Türkiye. A UN spokesman said the name change came into effect from the moment the letter was received by the UN. There is no problem in using the letter ‘⁇’ which is not part of the Latin alphabet. So now it’s Turkey instead of Turkey or Turkey.

The call is part of a broader effort by President Erdogan to change the country’s name. The campaign began in December last year, when he issued a memorandum asking the public to use ‘Türkiye’ as the country’s name in any language.

“Türkiye is recognized as the umbrella brand for our country in national and international forums. Turkey is the best representation and expression of the culture, civilization and values ​​of the Turkish people, ”said the President.

Erdogan advised ministries and other government agencies to use ‘Türkiye’ in official documents, especially in correspondence with international organizations. He also advised Turkish companiesMade in Turkey‘In their export products, by contrast’Made in TurkeyIn addition, the government has launched an English language promotional video featuring tourists from around the world ‘Hello TurkeyTell me when they walk around popular holiday destinations in Turkey.

The Anglophone state media, TRT, and the Anatolian and pro-government newspapers faithfully followed the name change and sought to explain the result. They say it reflects the sovereignty of Turkey to choose its own name and the pride of wearing the Turkish name. The Turks have always thought it strange that their country’s name means ‘turkey’ in English. Article written by TRT World Refers to the English dictionary, in which Turkey Defined as “a failure” or “a fool or a stupid person”.

Initially, the Turks did not know whether to take the campaign seriously. They wondered what Erdogan wanted to achieve with this. Does he also want to change the name of the country now? Does he not have in mind important things like 73 percent inflation? Is it possible to impose a Turkish name in other language areas, especially in areas where the Latin alphabet is not used? But the call for a change of name at the UN shows that Erdogan is serious.

Turkey is not the first country to insist on a name change. Countries generally do this to say goodbye to the colonial name and to throw off the colonial yoke as a symbol. Rhodesia became Zimbabwe in 1980 and Burma became Myanmar in 1989. This recent name change was accepted by the UN and by countries such as France and Japan. But countries such as the United States and the United Kingdom have also refused to recognize the legitimacy of the Burmese military junta.

Turkey’s renaming appears to be primarily aimed at playing with Erdogan’s nationalist supporters, and is aimed at diverting attention from the recession, which is pushing the opposition back in the polls. By imposing Turkey’s Turkish name on other linguistic areas, especially English, Erdogan seems to want to underline the fact that under his leadership he has grown into an independent power that cannot be led by the West.

‘Türkiye’ is not a Turkish language: it seems to be derived from Italian or French

But that rationale is linguistically flawed. This is because, according to the etymological dictionary of the Turkish-Armenian writer and linguist Seven Nishanyan, the name ‘Turkie’ is derived from the Italian ‘Turcia’ or French ‘Turkish’, meaning ‘land of the Turks’. Nishanyan writes: “A proverb widely used by Westerners from the thirteenth century onwards became popular among Turks who were well versed in Western culture in the last quarter of the nineteenth century.” So Turkey is a European loan word, it is not as native as Erdogan appears.

Changing the old name is also not easy, especially if it is smaller than the new one in terms of spelling and pronunciation. However, English-speaking newspapers will continue to use Turkey for the time being. And government leaders are finding it difficult to put a new name on it. This became clear during Prime Minister Rudd’s visit to Turkey in March. “Glad to be back in Turkey,” Rutte began Joint press conference With Erdogan. But after a few sentences he talked about “Turkey” again.

Time will tell whether the Turkish spelling of the name applies.

This article or section needs sources or references that appear in credible, third-party publications