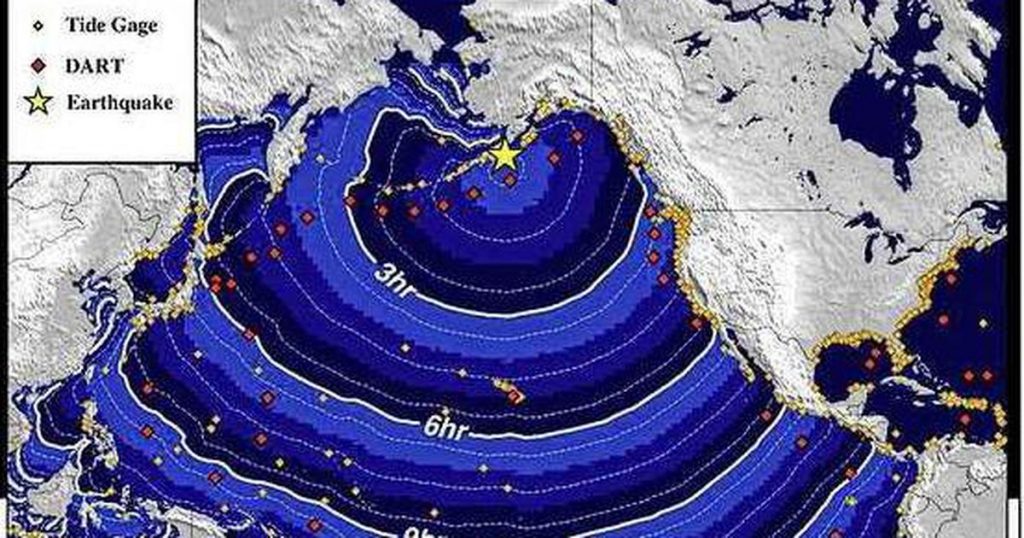 The epicenter of the quake was about 60 miles southeast of the village of Perryville.

The United States, among others, has issued a warning for Alaska and a number of islands, while the alarm has also been sounded for Hawaii.

Very quickly, the National Tsunami Warning Center of the United States had calculated the time at which a possible tsunami would reach certain parts of the world, such as the American west coast.

Even New Zealand is studying the possibility of a tsunami. He would then arrive at the coast of this country in 12 hours. However, all the authorities stress that the investigation is still ongoing.

The most recent information from the US National Tsunami Warning Center suggests that the maximum wave height in centimeters for large parts of the world remains below 10 centimeters. It is only off the coast of Alaska that the situation is “red”. “Very encouraging,” said famous American meteorologist Matthew Cappucci.

A tsunami warning was also issued in Alaska last October after a 7.5 magnitude earthquake. This led to evacuations, but in the end there were no casualties. In 1964, Alaska was struck by a 9.2 magnitude earthquake, the strongest ever recorded in North America. Then a tsunami hit the coastal areas of the United States. More than 250 were killed.

According to meteorologist Cappucci, the Pacific plate has moved under the North American plate. “It displaces large amounts of seawater.”

“The earthquake created a shock that moved the ground up to four inches per second,” explains Cappucci. “It doesn’t sound like much, but consider that a whole landscape is moving.”