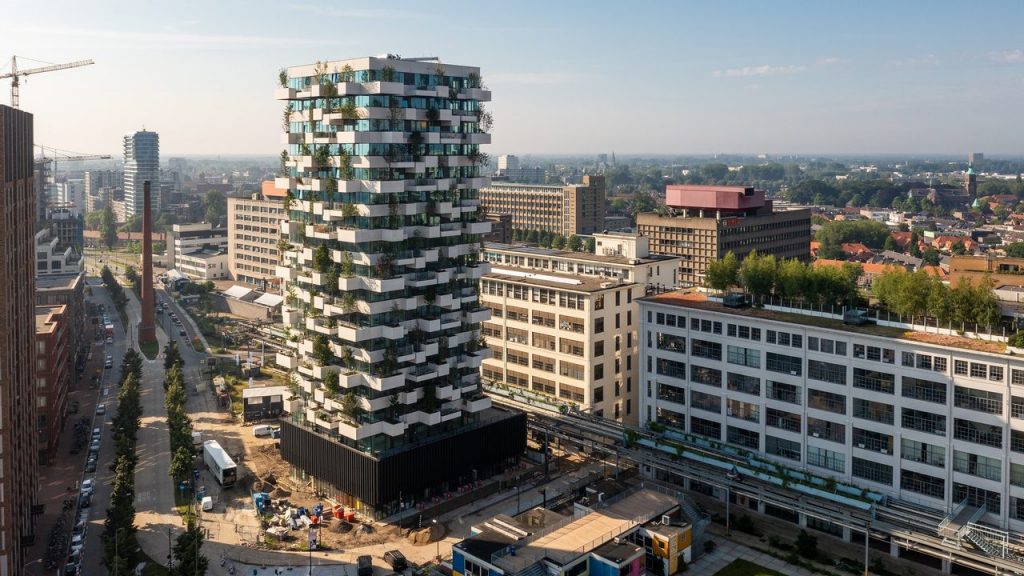 The Trudo Tower had its official opening today. The tower, which not only houses a so-called “vertical forest”, also offers space for 125 social tenants.

Eindhoven also has a first with the residential tower. It has never happened that such a residential tower, which offers a lot of space for trees, shrubs and plants, also offers social housing.

Housing alderman Yasin Torunoglu also informs DNA that he is delighted with the new building. “It’s a real statement. This magnificent building, emblematic of our city, shows that building affordable housing and sustainability go hand in hand. Big compliments for what has been accomplished here, ”said Torunoglu.

vertical forest
The tower offers space for 135 trees, 1,500 shrubs and 8,500 plants, Trudo said. The idea of ​​the vertical forest came from the sleeve of the Italian architect Stefano Boerie. Its first building with a vertical forest is in Milan: the Bosco Verticale.

“In reality, it was above all an experiment, a prototype of a tree house, also inhabited by humans and many species of birds. It was an exploration of new ways of connecting with each other and with other forms of life, ”says Boerie.

“Affordable variant”
Boerie finds it simply wonderful that this concept is now associated with a social element. “It was a big challenge to design this concept in an affordable variant for the inhabitants of the city of Eindhoven. And also a great honor. Now this beautiful city of light also has a green icon for urban afforestation. And I wish all the new residents good luck, ”says the architect.

emergency seekers
Because most of these new residents are already there. “They got their house on the basis of motivation and the toss,” Trudo says. “About thirty housing units are reserved for emergency seekers, private customers and status holders. They can all live on affordable social rent in one of the most attractive places in Eindhoven “, according to the housing association.