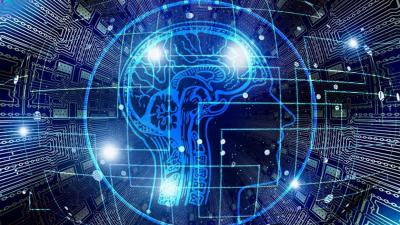 “Dutch and German scientists managed to get someone to hear the exact word they meant at that moment through a laptop. This represents an important step in research that aims to enable people with severe speech impairments to communicate, ”the university said.

Deep electrodes in the brain

In this study, researchers at Maastricht University, University of Bremen and the Kempenhaeghe Center of Expertise used machine learning to enable a patient with epilepsy to hear the word she wanted to say. with electrodes deep in his brain. The results were recently published in the scientific journal Communications Biology.

At the start of the study, the patient in question read texts. From there, the computer distilled the relationship between spoken words and brain activity using machine learning. Finally, the system generated audio directly from the measured brain signals, even when the patient only imagined she was speaking.

Herff worked closely with neurosurgeon Pieter Kubben from Maastricht UMC + for this study. He placed the depth electrodes in the brain of the epileptic patient. This happens more often when patients with epilepsy are treated by neurologists in Kempenhaeghe and it is necessary to specify in which part of the brain the epileptic seizures occur.

The remarkable result of this study on imagined speech is an important advance in the search for the development of a neuroprosthesis for speech. People with serious speech disorders as a result of acquired brain damage, such as the consequences of a cerebral infarction, would thus be able to communicate in a more or less natural way. “Following this initial 100-word feasibility study, we are currently expanding our experiments to enable patients to properly practice the imagination of speech and produce understandable sentences,” Herff said.