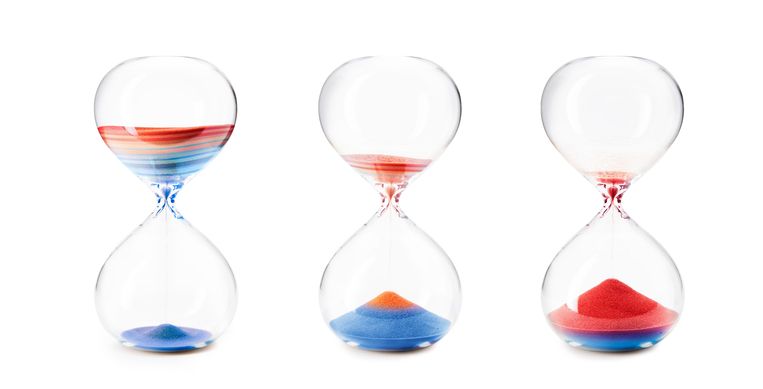 The Glasgow climate summit later this month will aim to save what can be saved. These nine graphs immediately show how quickly warming is progressing.

When world leaders from around the world gather on October 31 in the futuristic-designed buildings of the SEC Events Center in Glasgow, there’s a reality few will say out loud: the climate summit has in fact already failed before it even started.

At the summit, the most important since that of Paris (2015), the international community must seal the commitment to limit global warming to 1.5 degrees Celsius by the end of the 19th century. Calculations show that this goal is in fact already unachievable. We are already above 1 degree Celsius, and with the current promises included, a warming between 1.6 and 2.7 degrees is already inevitable: the sixth graph on these pages gives a good overview of the situation.

And even this is only possible if everyone really keeps their climate promises and goes further. If the policy remains unchanged, we are heading for a warming of around 3 degrees, well above the 2-degree limit that UN member states have called “dangerous.” The danger of irreversible melting of the great ice masses of Greenland and West Antarctica, conducive to perhaps tens of meters of sea level rise in a few centuries, becomes very great above that : see the eighth graphic, about the “awakening giants”.

In Glasgow, the game will therefore be mainly: save what can be saved. The new agreements are not signed; it all revolves around the question of how far people can still deliver on the climate promises of ‘Paris’. Several countries are expected to tighten their targets by closing more coal-fired power plants, advancing deadlines for various climate targets, reducing their methane emissions and allocating more money for climate compensation in countries. poor.

Through this comes the question of who exactly will come – important for the weight that the promises are given. For example, it’s still unclear whether China, the world’s second largest greenhouse gas producer, will send its top boss Xi Jinping, and what exactly India, Australia and Indonesia’s plans are. , which are all major countries in CO2.

Ah, climate change. The climate is always changing, isn’t it? This painting, prepared by scientists at the University of Oxford, tells a different story. The blue line is what we would probably see if only nature took its course: the activity of the sun, the smoke of volcanoes. In reality, the global temperature follows the black line: a series that has become more and more detached from nature.

2 | The bite of greenhouse gases

If the Earth had been a huge black sphere heated only by the sun, the red line would be the spectrum of the light it emitted, beautifully even. In reality, the satellites look like the blue mountain landscape, with all the bites. This is what removes energy from the Earth, as greenhouse gases absorb energy from the atmosphere.

Each greenhouse gas does this on its own part of the wavelength. For example, a lot of radiation is stopped by H2O, water vapor. But watch out for that big bite, which mainly takes the greenhouse gas CO2 from the earth’s energy spectrum, in the infrared. It’s a bite that satellites see getting deeper and deeper.

Not an easy graph. Yet the graph shows the most direct and measurable evidence of the “improved” greenhouse effect. CO2 (and other greenhouse gases, such as methane, CH4) push a deeper and deeper energy sink that would otherwise radiate far from Earth. And what does not radiate, stays and warms the earth.

This CO2 is one thing, by the way. Here you can see the history of mankind in a nutshell, from the first agriculture around 10,000 years ago to the present day. The CO2 concentration has always remained well below 300 “parts per million”. Until the start of the large-scale combustion of coal, oil and gas in the 19th century: this strange peak culminates on the far right. Currently, the counter stands at 413 parts per million.

There are countless ways to think of CO2 as the root cause of global warming. KNMI scientist Geert Jan van Oldenborgh made this graphic for skeptics. Horizontally we see the quantity of CO2 in the atmosphere, vertically the temperature of the year in question. For foodies, the two correlate with an “r” of 0.939, an almost perfect correlation. “I don’t know of anything in the climate that shows such a strong correlation,” Van Oldenborgh said at the time. by Volkskrant.

Well, we are becoming more sustainable at a rapid rate. However? Unfortunately. This graph, based on BP numbers, shows what the ratios actually are. Of all the energy we consume in the world, a third comes from oil, a quarter from coal and another quarter from gas. Renewable energy accounts for around 10 percent, and this is mainly due to the dams. Of all the energy produced in the world, only 1% comes from solar panels and 2% from wind.

In September, the UN presented this chart showing the progression of global emissions. Or, “progress”.

In red, the climate plans that the signatory countries of the Paris climate agreement in 2015 have since submitted. In blue and green, which is necessary to keep global warming below 2 or below 1.5 degrees Celsius. Currently, shows are on track with the yellow line. Emissions that should result in a warming of around 2.7 degrees by the end of this century.

7 | We fall through the ice

In recent years, the lines have gotten lower in the graph: there is less ice. With the provisional low point in 2012, when the polar ice shrank to nearly 3 million square kilometers. It’s not that difficult this year. Nonetheless, it has become common for the lines to fall below the gray area, the 1980-2010 average.

8 | The awakening of the giants

About 50, maybe 80 centimeters of sea level rise at the end of this century: that’s roughly what the bottom left graph comes down to, from the latest IPCC report. Is fine. Until suddenly you saw another graphic in the margin of the report: the state of affairs in the year 2300. Because once the masses of ice in Greenland and Antarctica melt, there is no maybe there will be more going back. Meters, even tens of meters of sea level rise, could then be endured by our descendants.

Chances are you’ve encountered it, that iconic striped surface. We see here how the earth warmed from 1850 to 2020, depending on the colors: the warmer, the redder. Idea from atmospheric scientist Ed Hawkins of the University of Reading, who designed the exhibit in 2018. Just like the LGBT community has the rainbow flag, people who care about the climate have these ‘stripes warm ”, as the record is called.


This is the first in a series of articles on climate change in the run-up to the Glasgow Climate Summit, which begins on October 31. It promises to be an extraordinarily disturbing summit.