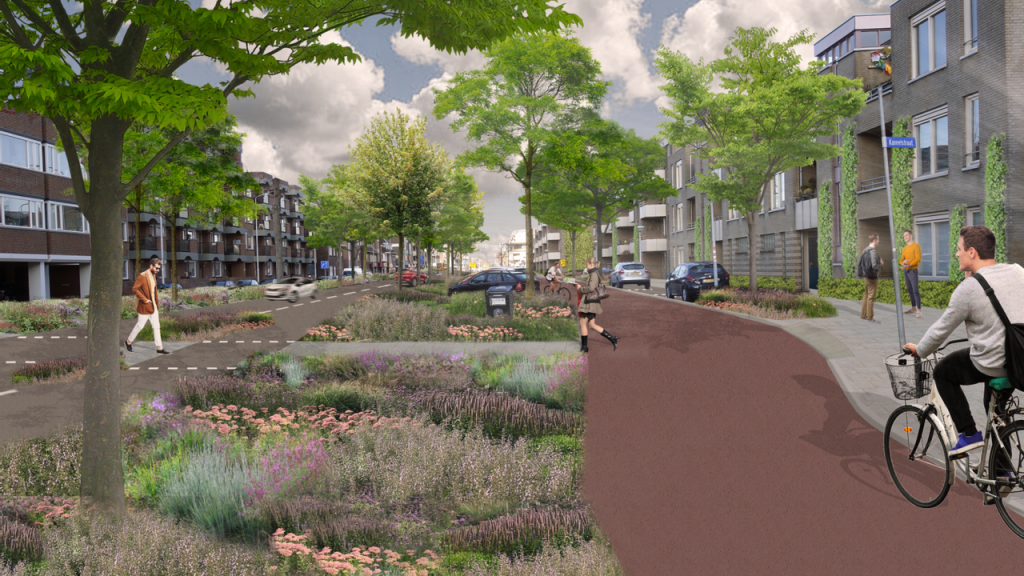 The Boschdijk will undergo a makeover from the end of next year. Within the Eindhoven ring road, the busy road will be tackled, with much more greenery, space for cyclists and pedestrians and less parking spaces.

local residents have been saying for years that something needs to be done. In 2017, there was even a citizens’ initiative begin. For example, cars go too fast and there are few places to cross. In addition, the sidewalk at Boschdijk is worn and everything is bare, with a lot of stone and concrete and little greenery.

The new alignment should make the road more liveable and safer for cyclists and pedestrians. For example, there will be crosses at five places in the ring road. Cyclists and pedestrians also have more space with separate paths. In addition, there will be many more trees and front gardens. The number of parking spaces will be reduced from around 200 to 150 in total. This is sufficient for residents and visitors, according to the municipality.

There will also be water storage in the green. This is to avoid flooding during downpours. The maximum speed remains at 50 kilometers per hour. The traffic lights at Marconiplein, Zernikestraat and Pastoor Petersstraat will remain standing.

The renovation will therefore begin at the end of next year. The work is expected to be completed in the summer of 2023.