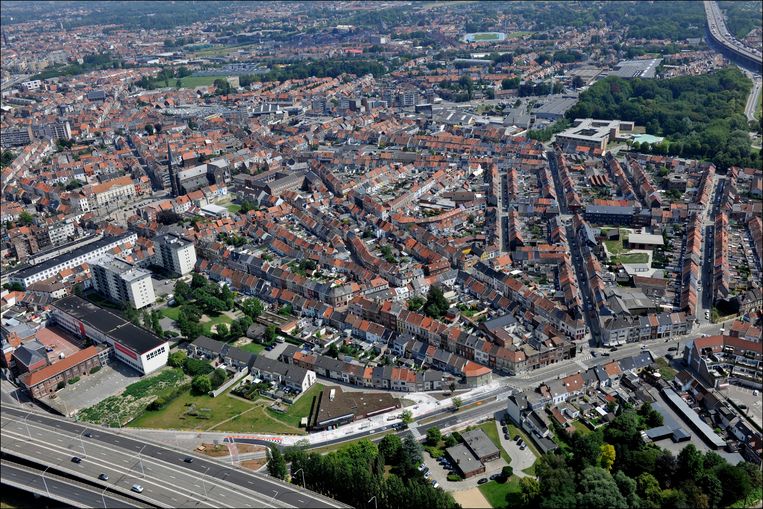 At the start of last year, more than a quarter of the Flemish region was built up, or 28.6 percent of the total area, according to new figures from Statistics Flanders. In 2000 it was still 24.4 percent, in 1985 only 19.6 percent were built. In recent years, 4.1 hectares of construction have been added per day.

Houses, including gardens, occupy most of the space in Flanders, or around 43.7% of the total space occupancy. Two years ago, it was 39%. Next come “land for transport and telecommunications” (30% of the built-up area), “industrial buildings” (10.4%), “leisure spaces and other open spaces” (7.4%) and “public buildings and land” (3.3%). At the bottom are the “quarries, wells and mines”, which occupy barely 0.3% of the built-up area.

In 39 municipalities, more than half of the land is built. This is of course the case for the metropolitan areas of Antwerp, Ghent and Brussels and their surroundings (in particular the north-eastern periphery) and the central cities of Ostend, Leuven, Genk and Bruges. But what are called “villa municipalities” such as Sint-Martens-Latem (53.4%) and Keerbergen (53.8%) are also on the list, as are the municipalities with many industrial zones such as than Izegem. The most urbanized areas are Mortsel (80.9%), the least important being Zuienkerke (7%) and Alveringem (7.5%), but some municipalities in Flemish Brabant like Bever, Herne and Pepingen are still very rural.

Limburg, on the other hand, has the lowest building density of all the Flemish provinces, and there are also more open spaces in Meetjesland. The Roeselare-Kortrijk-Waregem region is denser than average.

The Flemish figures are already parallel to those for Belgium, as just over a quarter of the space is also occupied at national level. The Brussels-Capital Region is obviously in the lead. Last year, 80.2 percent of the area was built. Construction density was lowest in the Walloon Region at 15.4%.