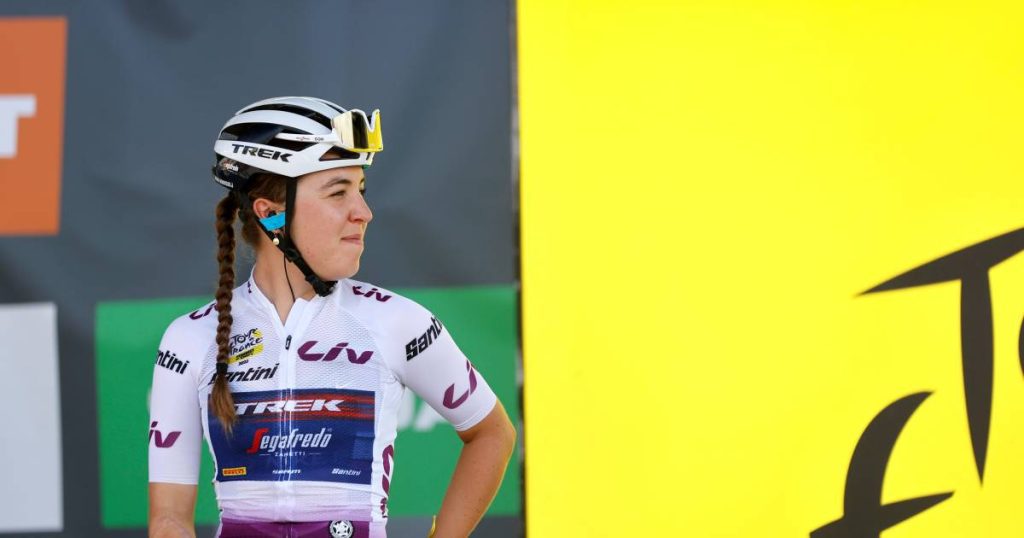 The Tour of Spain, which starts on Wednesday, is the second big round that Shirin van Anrooij will contest in 2022. After the success of the Tour, all eyes are once again on the twenty-year-old female cyclist from Kapel.

What is the relationship between the Vuelta – in full the Ceratizit Challenge by La Vuelta – and the Giro Donne and the Tour de France Women?

To be fair, the one of the three Grand Tours has the least prestige. The Italian stage race lasts ten days and that in France eight, while there are only five stages in Spain. But for the Vuelta, the following rule applies: the race gets bigger and takes place at the same time as that of the men. Sunday’s final stages in and around Madrid are even consecutive; the women drive in the afternoon and the men in the evening.

Departure is Wednesday near the northern port city of Santander. In the days that followed, the peloton moved a little further south. Riders will have a flat team time trial, three stages through hills/mountains and a sprint stage. On the fourth day, they will travel 160 kilometers and finish uphill.

What can Trek-Segafredo, Van Anrooij’s team do?

After the Giro Donne (two stage wins, two days in the leader’s jersey) the Tour was somewhat disappointing. Van Anrooij, who won the youth jersey on the penultimate matchday, saved the honour. In Spain there may be more options to take the red leader’s jersey. Immediately on day one is the 19.9 kilometer team time trial with Trek-Segafredo as favorites. Recently, a team time trial was won in Sweden. It was with Ellen van Dijk there, but with Elisa Balsamo, Elisa Longo Borghini, Lucinda Brand, Elynor Bäckstedt, Amalie Dideriksen and Shirin van Anrooij a lot is also possible.

And again the jersey of the young people…?

It could be. After the Tour and with this team time trial on the first day, there is a chance of that happening. She has a serious competitor with the New Zealander Niamh Fisher-Black (SD Worx). Fisher-Black won the Giro Donne youth jersey and finished fifth overall.

In addition, there is also the Women World Tour youth jersey. Can she keep it?

Most likely. Van Anrooij won this year’s first World Tour race, the Strade Bianche. Then she lost it and took it back. She is now ahead of Fisher-Black in the standings. They have 48 and 30 points respectively. In the spring, Zeelander regularly said that winning the general youth classification “is never a goal in itself”. She recently indicated that she really wants to go now because it’s so close.

Does the Vuelta have another objective for the Zeelanders?

Yes. As well as having to work for the team, she wants to get in even better shape for the World Cup, which will follow soon after in Australia. Van Anrooij will compete there in the time trial and the road race. Both times there is a lot of climbing to do and the promised title beckons in the race against time.