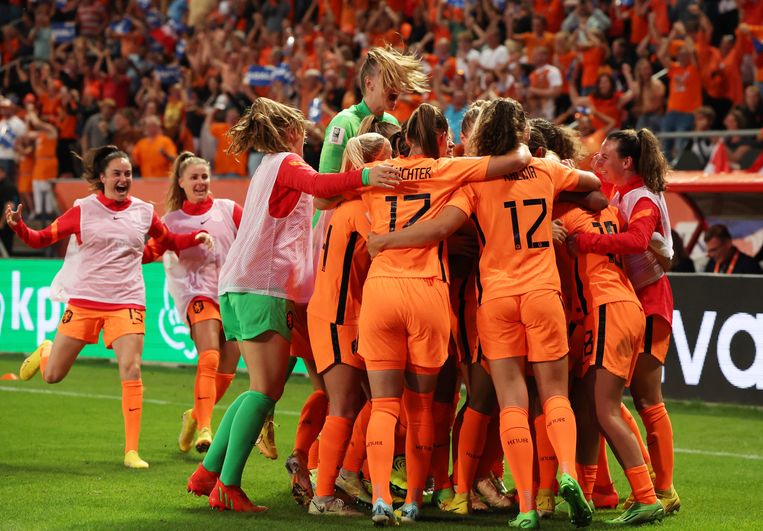 New national coach Andries Jonker’s side, the successor to Mark Parsons, who was sacked after the disappointing European Championship, escaped a heavy road to the World Cup via perhaps even two play-offs. Thanks to the added-time goal, Jonker now has almost a year to prepare his team for the tournament on the other side of the world, in Australia and New Zealand.

The orange team missed a lot of chances in the Galgenwaard stadium. Before half-time, the ball landed three times on the crossbar, in the second half Orange also hit the post once. Iceland defended massively and disciplined. The team have conceded just two goals in previous World Cup Round of 16 qualifiers, both in the home game against Orange in Reykjavik (0-2).

Because Iceland won the other six matches and Dutch women’s football drew twice against the Czech Republic, the island’s football players entered the final round at the top. Goalkeeper Daphne van Domselaar, the new number 1 under the bar after Sari van Veenendaal’s farewell, had almost nothing to do. For much of the match, she stood away from her penalty area, watching her teammates try to find holes in the Icelandic defense on the other side of the pitch.

The Orange had plenty of chances, but the crossbar, the keeper and sometimes a sloppy finish ensured that it remained exciting for a long time and even threatened participation in the play-offs.

After 65 minutes, Jonker brought in two new strikers in Esmee Brugts and Fenna Kalma. Brugts led in extra time with his cross in the freeing goal, which gave the Orange a ticket to Australia and New Zealand.

In the last World Cup in 2019, Dutch footballers reached the final, in which they lost 2-0 against the United States. During the European Championship last summer, the Orange team found themselves stuck in the quarter-finals.