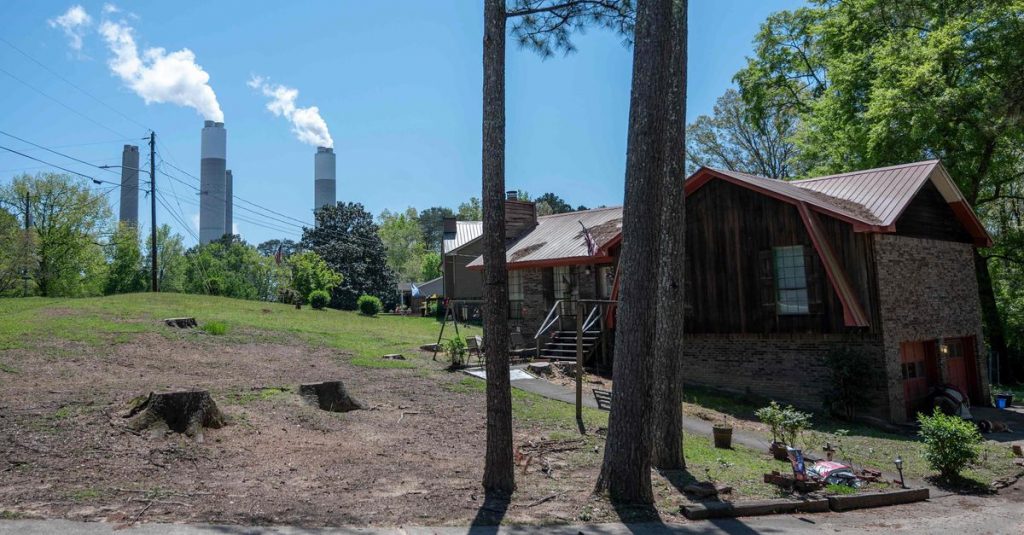 “If America fails to lead the world in tackling the climate crisis, there won’t be much left of this world.” US Secretary of State Anthony Blinken spoke big words last Monday, ahead of the virtual climate summit to be held today and tomorrow at the initiative of the United States. “Countries that remain dependent on coal for a significant portion of their energy, invest in new coal-fired power plants, or allow massive deforestation,” can expect an American rebuke, Blinken said.

Meet Better, for which President Joe Biden has invited around 40 heads of government, the United States wants to mark their return to the international climate scene. To add even more sparkle to the event, Biden’s climate envoy John Kerry traveled the world to persuade countries to step up their climate ambitions during the summit.

The participants especially want to see an answer to a question: what will the Americans themselves do to reduce their emissions? In the first few weeks after taking office, Biden announced that the United States would be climate neutral by mid-century. But without concrete action, such a long-term promise makes little difference. The real challenge for the new president revolves around politics for the next decade.

How much CO2 will the United States emit less by 2030? Are coal-fired power plants closing faster? Are emissions from automobile traffic regulated and is shale oil extraction restricted? Is there something happening to unbridled (domestic) air traffic? And how does Biden plan to do all of this with a very divided Congress?

Under President Donald Trump, the United States turned its back on climate policy for four years. Trump has downgraded the plans of his predecessor Barack Obama, including his pledge to cut greenhouse gases by more than a quarter by 2025. Many American cities and states have ignored this and have taken their own climate action. Trump sealed his aversion to climate policy at the end of his term with a withdrawal from the Paris Climate Agreement.

The rest of the world continued as usual. Europe has increased its ambitions. Countries like Canada, New Zealand and South Korea are now considering doing the same. China has also taken important steps, although they do not go far enough yet. The country expects to peak in emissions by 2030, but almost nowhere is the amount of renewable energy growing so rapidly. And with President Xi Jinping’s promise that China will be climate neutral by 2060 – which is seen as a big step for a country that still officially counts as a developing country – a climate target has been tied for the first time on a specific date. .

What about the United States? Biden is expected to halve CO2emissions in 2030 (compared to 2005) – far more than Obama had previously promised. To that end, Biden wants to use money from the $ 2 trillion fund to restore obsolete American infrastructure. It is not known whether the president will receive sufficient support for the plan in Congress. And if this is successful, the question is whether enough CO2reduction to achieve the ambitious climate target.

Still, Biden hopes it will restore the credibility of the United States. At the same time, he is trying to claim a leading role at the international level, as Obama did during the Paris Climate Agreement negotiations in 2015. He delegated this task to the envoy for the climate John Kerry, who was closely involved at the time as Minister of Foreign Affairs in the realization of the Paris Agreement.

Kerry has not shied away from giving lectures to other countries in recent months. Japan must dramatically increase its ambitions, said Kerry, for example. Australia must finally take climate policy seriously. And India may need foreign aid, but it can no longer hide behind its status as a developing country.

Also read: Fossil energy consumption is now higher than in the period before the crown

Last weekend concluded with China reached an agreement on renewed cooperation in the field of climate. This country is also not doing enough in the eyes of the Americans. China is ready to cooperate, but the United States doesn’t just read it. “Regarding the Paris Climate Agreement, Americans come and go as they please”, said a spokesperson of the Chinese Ministry of Foreign Affairs. “The current comeback is not a glorious comeback, but rather that of a student who skipped school.” According to a spokesperson for the Chinese Foreign Ministry, Americans should first explain “how they want to make up for the backlog that they have made up for in the past four years”.

Biden’s quick climate summit – one of his election promises – won’t produce many concrete plans. Still, the meeting could pave the way for the November climate conference in Glasgow. It was scheduled for last year, but was postponed due to the crown. Now that the Americans are back, it might not even be so bad in hindsight. Because in Glasgow, all countries must show how far they want to go to keep the Paris target – a maximum of 1.5 degrees of global warming – within reach.

A version of this article also appeared in NRC on the morning of April 22, 2021.