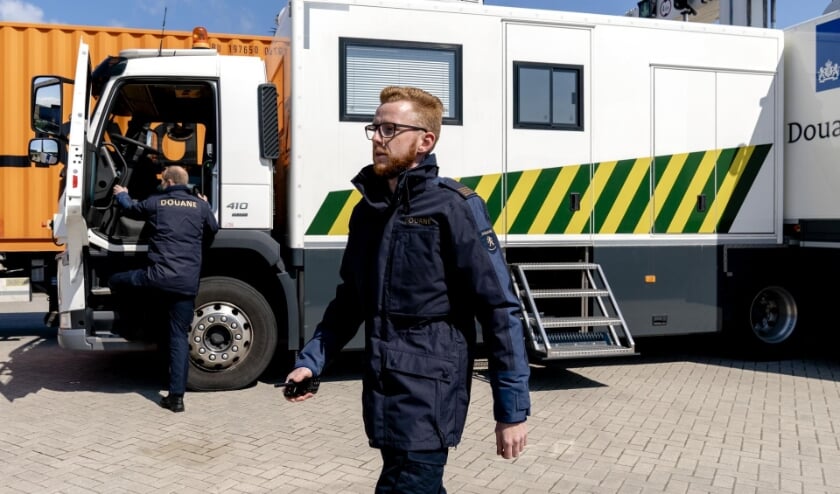 Customs will put into use a new uniform on Thursday April 22 that will improve visibility and recognition of employees along the border and in other surveillance areas. This also applies to Zeeland customs officials. The new uniform was designed by Mart Visser and the most notable change is that the color green has been replaced by blue. Blue stands for reliability and authority and was also worn by customs in the past.

“This blue uniform improves our image, our visibility and our recognizability,” says Nanette van Schelven, Director General of Customs. “It is also functional, comfortable and reflects the modern organization of Customs.”

Blue
Customs asked Mart Visser, who has a lot of corporate apparel experience, to design a uniform that does justice to the versatile work of more than 3,000 customs officers. The uniform is available in 10 different expressions and can be used optimally during cold winters and hot summers, also for customs officers in the Caribbean Netherlands.
The biggest change is the choice of the color blue. “With the visibility and recognition that Customs wants, this blue color is much better suited,” says designer Mart Visser. “I also tried to reflect the great commitment of customs officers in their work on this design; the uniform enhances the appearance of the customs officer. “
Zeeland Customs Officer Dylan is excited about the new uniform.
“Working as a customs officer is a versatile job, which includes a recognizable and comfortable uniform.”

Comfort and functionality
The old uniform was designed 17 years ago and no longer met the requirements for corporate clothing. The new uniform is designed to take into account, in particular, the daily use of customs officers who physically monitor ports and other surveillance areas. The choice was made for a material that offers comfort and functionality, so that customs employees like to work in it.

Durability
For the new customs uniform, recycled and sustainable materials were used wherever possible, especially recycled polyester and organic cotton. The existing uniforms are collected and taken to a sheltered workshop. Whenever possible, the clothes are left whole and reused.
Customs marks will be removed. 99% of non-reusable clothing is recycled as a raw material.