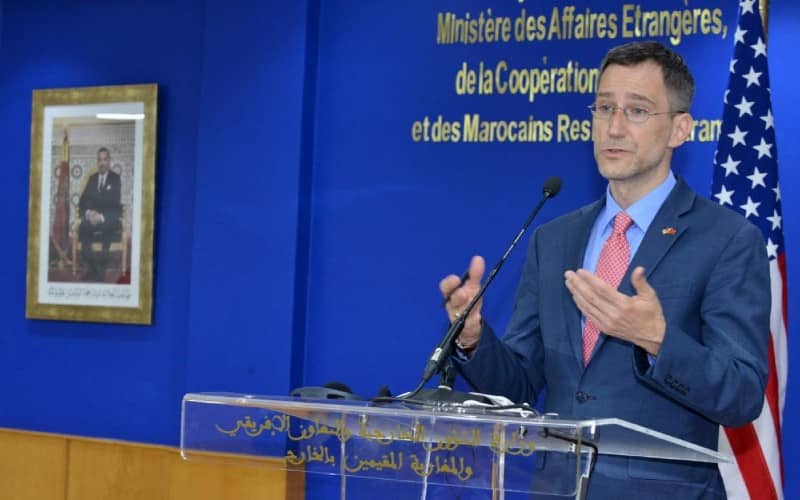 During a visit to Morocco, US Assistant Secretary of State for the Near East Joey Hood reassured Moroccan officials of the U.S. position on the Moroccan Sahara. This situation remains reassuring to Rabat, who feared it would be called into question.

Joey Hood was welcomed in Rabat by Foreign Minister Nasser Borita on Wednesday 28 July. During a traditional press conference related to this kind of visit, the US Secretary of State did not change his position on the Sahara when asked by a Moroccan journalist. “Only the intensity of our desire to help the UN process succeed has really changed,” he said. “The aim is to achieve meaningful results. To that end, we must begin as soon as possible by appointing a personal envoy of the UN Secretary-General to resolve the conflict,” Borita added. Media24.

Also read: Senior American in charge in Morocco is expected

According to Joey Hood, “It is important that this solution be relevant to all concerned with achieving regional peace and stability. That is the goal of the United States, but Morocco’s goal of being a defense exporter to other countries.

The US position on the Sahara issue is not the only topic Hood covers. He also spoke about the role that the Biden administration should play in the crisis that Morocco is experiencing with its Algerian and Spanish neighbors. According to the diplomat, the US president wants to reduce the severity of global conflicts so that all efforts can focus on strategies to combat the epidemic and revive the economies of all countries. “To achieve this, we must contribute to reducing tensions between Morocco, Algeria and Spain, but the Libyan crisis must also be resolved. So we are working together to achieve this,” he stressed.

Joey Hood also spoke about the importance of signing a tripartite agreement between Morocco, Israel and the United States on December 22nd. The Biden administration hopes that the normalization of relations between Morocco and Israel will not only benefit both countries, but also end the marginalization of the Palestinians.

As for Morocco’s contribution to the crisis in Libya, the diplomat said he was optimistic about the return of civil and social peace. He believes the upcoming elections will play a key role in this.