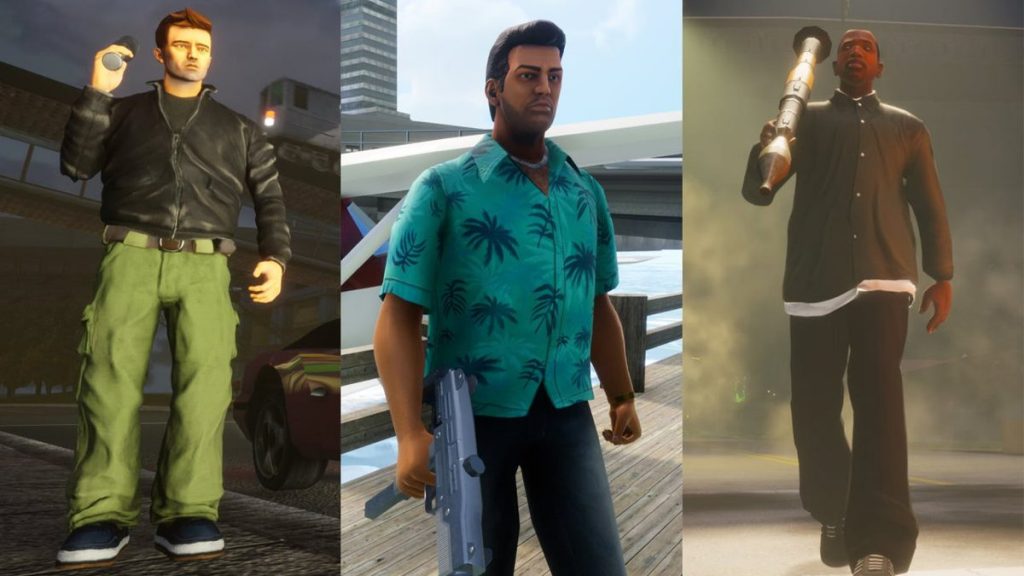 Rockstar announces that Grand Theft Auto: The Trilogy – The Definitive Edition will be released on November 11, with a physical release on December 7. The news comes with a first look at improved versions of the three classic titles. The trilogy costs € 59.99.

All three remasters – GTA 3, Vice City, and San Andreas – were recreated for modern platforms in Unreal Engine by Grove Street Games, which previously worked on mobile ports for GTA titles. The trilogy will first release on PlayStation 5, Xbox Series X / S, Nintendo Switch, PlayStation 4, Xbox One, and PC via the Rockstar Games Launcher.

Rockstar says the games will come with a “completely rebuilt lighting system; improved shadows, weather and reflections, improved character and vehicle models, higher resolution textures for buildings, weapons, roads, interior and more “. Plot distances have also been improved, new foliage has been added, and surfaces have been made smoother.

Rockstar explains that all three games will also benefit from quality of life improvements such as improved controls inspired by GTA 5, with an improved wheel for weapons and radio station, updated mini-maps with improved navigation. allowing players to set waypoints, updated achievements, trophies and more. ”You can also immediately start a failed mission, which means less frustration than the original.

The Switch version of the game will support gyro aiming and touchscreen. The PC version supports Nvidia DLSS. The PS5 and Xbox Series X versions of the games run at 4K, with 60 FPS.

After months of rumors, Rockstar finally confirmed the remaster trilogy in early October. Prior to release, Rockstar removed all previous versions from digital stores, which a stir among the fans.