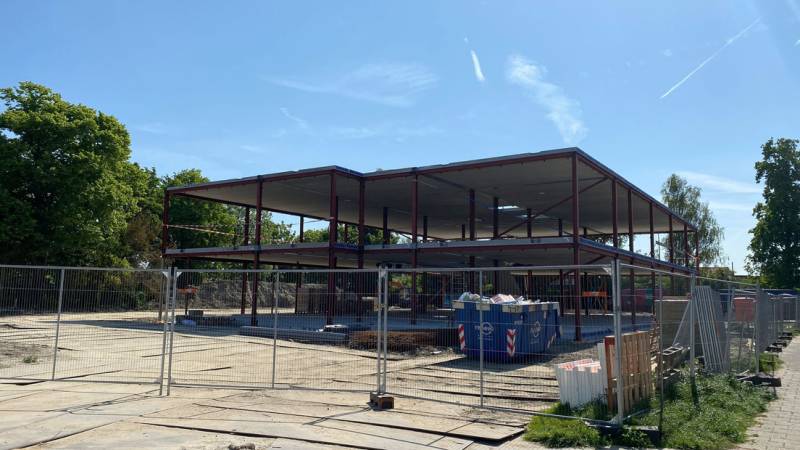 A new school building in East-Souburg in Zeeland, which was discovered to have been built upside down, is being reconstructed. “The school will be properly erected as soon as possible, everything will be dismantled and the foundations will be adjusted,” says principal Ruud Hoogesteger of Tweemaster-Kameleon Primary School. Zeeland Broadcasting to know, to know.

The flaw was discovered last month, after which construction was halted. The building’s foundation and skeleton were found to be rotated 180 degrees relative to the building plans. School staff noted that some elements, including a staircase, did not match the drawings.

“It’s kind of weird that we noticed it ourselves,” Hoogesteger said at the time. “You should see that on the construction site, with these drawings.”

It is not yet known how long the reconstruction will take. Students at the school are currently attending classes in temporary accommodation, but according to school principal Hoogesteger, there are two problems there: there is noise pollution and it is extremely hot.

“We were able to do something about the noise and we bought a portable air conditioner,” he says. “But it’s not ideal. We don’t want to be in that anymore.”

The new construction of the Tweemaster Chameleon lasted a long time. The discussion about the new building has been going on for about twenty years. There were long debates on the subject within the municipal council. Various locations were discussed, but there was still too little space for a large primary school with associated facilities.

In the end, it was decided to demolish the old building and build a new one on the same site. “I made a solemn promise that construction of the school on this site would continue,” Alderman Rens Reijnierse said when the error was discovered. “A few weeks ago I thought I could say: now nothing is wrong, but apparently it can always go wrong.”