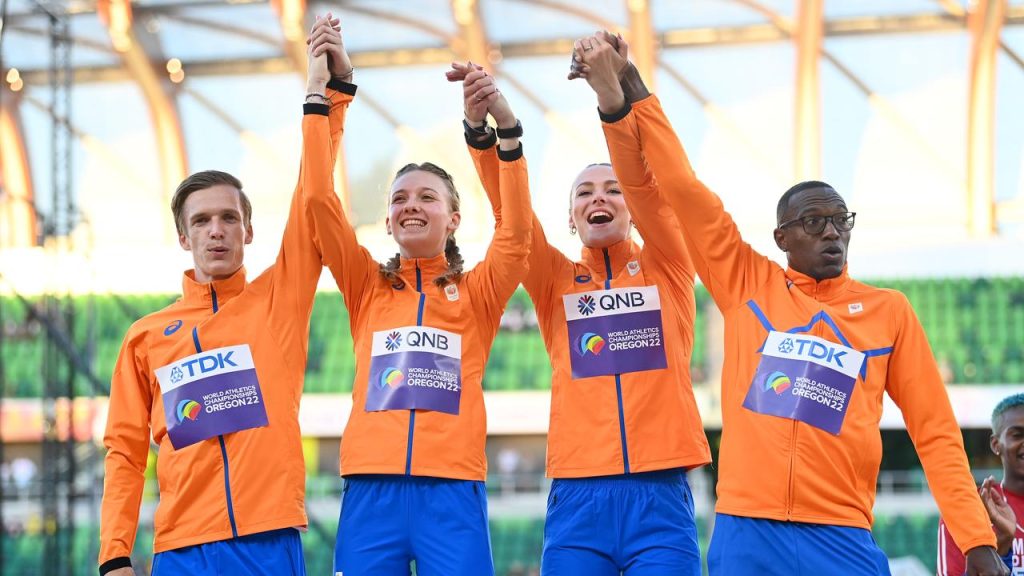 The Athletics Union is reasonably pleased with the performance of Dutch athletes at the World Cup in Eugene, although the ambition has not been met. The orange team won four medals, equaling the record at the 2017 World Cup in London.

“The ambition was five medals and twelve places in the final. It became four medals and nine finals”, explains Ad Roskam, technical director of the Athletics Union.

After four days, the Netherlands have already won three medals thanks to the mixed 4×400 meters relay (silver), shot putter Jessica Schilder (bronze) and all-around star Anouk Vetter (silver), after which a single medal was won in the last six. days. Femke Bol won silver in the 400 meter hurdles.

“I rate the first half of the World Cup with a 9.5 and the second with a 5,” continues Roskam. “So you’re on average at seven.”

“Sifan has a logical explanation”

Compared to previous World Cups, four medals is certainly not bad, but considering the Tokyo Games last year, it is a setback. In Japan, the Netherlands won eight Olympic medals, including two gold medals for Sifan Hassan. Still, Roskam is not worried.

“The level of Dutch athletics did not drop, but everything went well at the Games. One tournament is not the other. The difference is also that Sifan then won three medals and zero here. She has a logical explanation for this.”

Hassan chose to take a long rest after the Games and only started training a few weeks before the World Cup. It wasn’t even a sabbatical yet. In the coming seasons she wants to train again and hit big tournaments.

Anouk Vetter with her silver medal.

“Schilder and Van Klinken were sublime”

Roskam cites Schilder as positive outliers – she was the first Dutch woman to win a World Cup medal in the shot put – and Jorinde van Klinken, who finished fourth in the discus throw.

“With Jorinde and Jessica we have two new girls in the world top. It is sublime what they have done. The weather has been good in Dutch athletics for some time, only the second half of this World Cup was a little less.”

In the medal table, the Netherlands finished this World Cup in 30th place. This is mainly because no gold has been mined and it is more than three times the silver. The United States was by far the most successful country with thirteen gold medals, nine silver and eleven bronze.