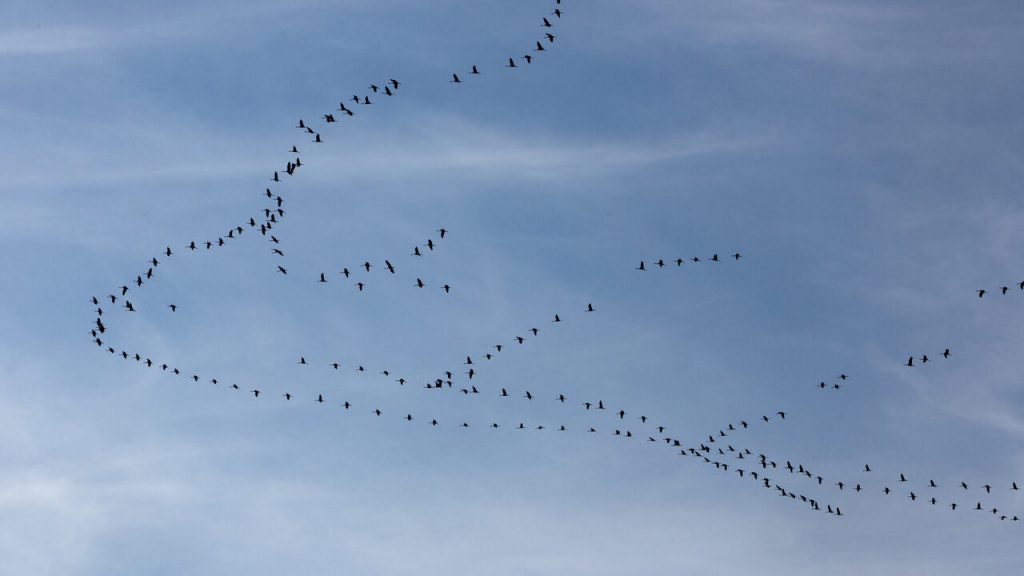 How do goldcrests weighing a few grams survive such an arduous journey? How do black-tailed godwits get to Africa? How do robins know when to go? Lots of questions: Bird migration is at the heart of new podcast episode for good reason Early risers and other animals.

We call them “our migratory birds”, but in fact most species are only present in the Netherlands for a short time. For example, the Mockingbird is only there a hundred days and the Montagu’s Harrier is longer in Africa than in the Netherlands.

The birds that breed with us travel all over the world. The bar-tailed godwit, for example, flew to New Zealand in eleven days. It’s 13,000 kilometers without stopping, sleeping or eating once. The Lesser Wheatear also migrates from Greenland, through the Netherlands, to Asia and Africa. But the champion is undoubtedly the arctic tern: in a year a dutch polar tern with transmitter 90,000 miles traveled. It is no less than twice in the world.

Birds use all kinds of methods to find their way. For example, they follow characteristic points of the landscape, such as a highway or the coastline. They also use the sun and stars as a compass and are sensitive to the earth’s magnetic field. The robin sees this field on its retina, for example.

In a large group or alone

As a bird, you travel alone or participate in a group trip. Geese always fly among themselves. Loudly, they pass into the typical V-formation. This shape ensures that the flight costs less energy. The Montagu’s Harrier, on the other hand, flies alone towards the Sahel. Even young birds of prey that migrate south for the first time do so on their own. They meet at resting places en route (for example in Morocco) and at the final destination.

Montagu’s harrier expert Almut Schlaich has traveled with the Montagu’s harrier several times and visited the birds at the resting places and the final destination: “We saw the birds there from the east of Groningen. Then you really feel how far it is and how different it is.

Almut Schlaich and Joost van Bruggen share more about the wonderful bird migration in the Early Birds and Other Animals podcast. You can listen to the new episode every Friday in your favorite podcast app.