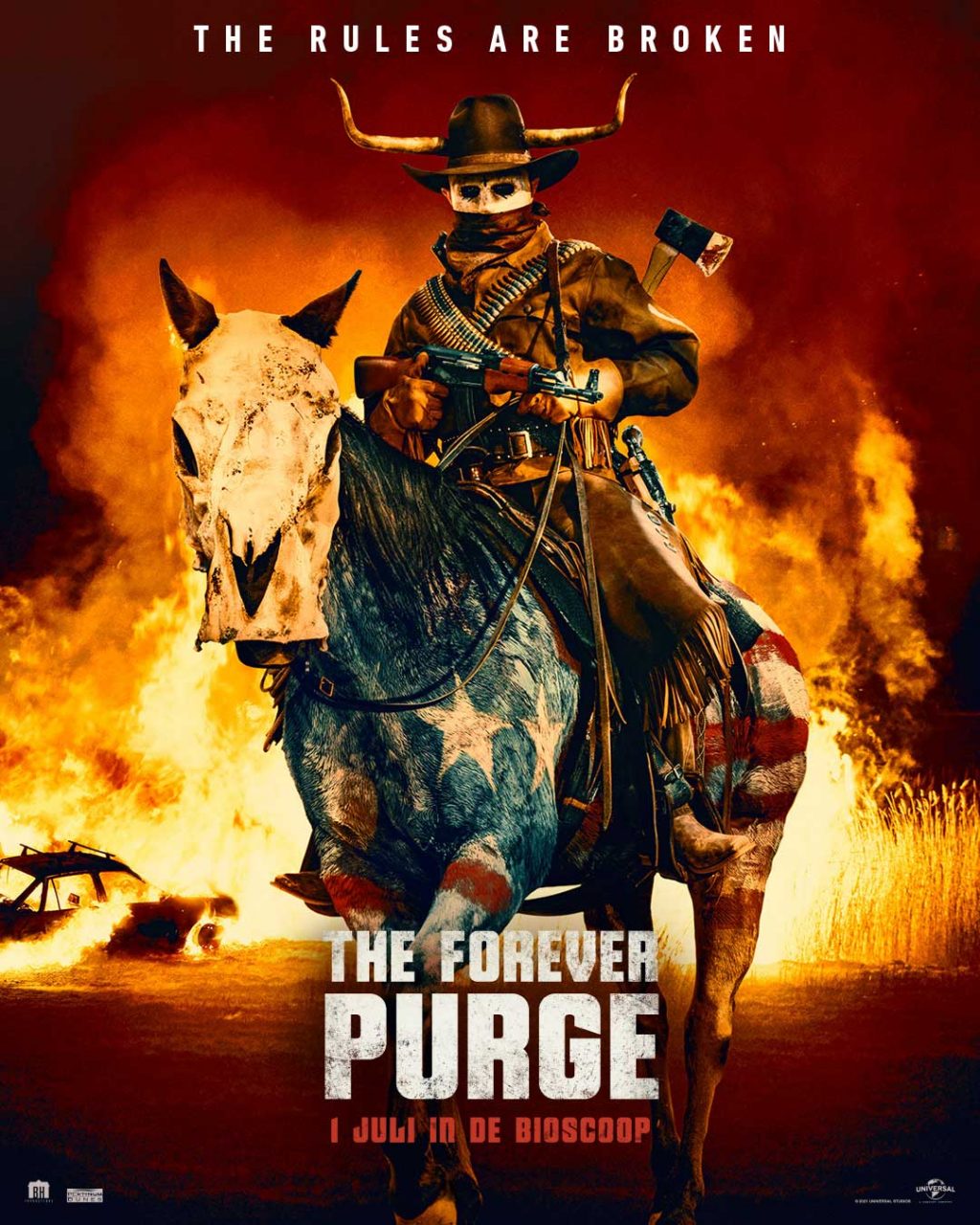 This summer all the rules will be broken The Eternal Purge when a sect of anarchist marauders decide that the Annual Purge will not end at dawn, but will never end! Here’s the first trailer for the new movie in the series The Purge, which hits theaters on July 1:

In this new chapter of the horror franchise The purge members of an underground movement are no longer satisfied with one night a year when all crimes are authorized. They commit a coup d’état and cause endless chaos and massacres. No one is safe anymore.

Adela and her husband Juan live in Texas, where Juan works on the ranch for the wealthy Tucker family. Juan impresses father familias Caleb, causing jealousy in Caleb’s son, Dylan. The morning after The Purge, a masked gang of killers attack the Tucker family – including Dylan’s wife and sister. The two families are forced to work together and fight as the country is in chaos and the United States around them begins to crumble.

The Eternal Purge is directed by Everardo Gout, writer-director of the award-winning thriller Days of grace. The screenplay was written by James DeMonaco, the creator of the franchise. The cast includes Ana de la Reguera, Tenoch Huerta, Will Patton, Josh Lucas, Cassidy Freema and Leven Rambin.