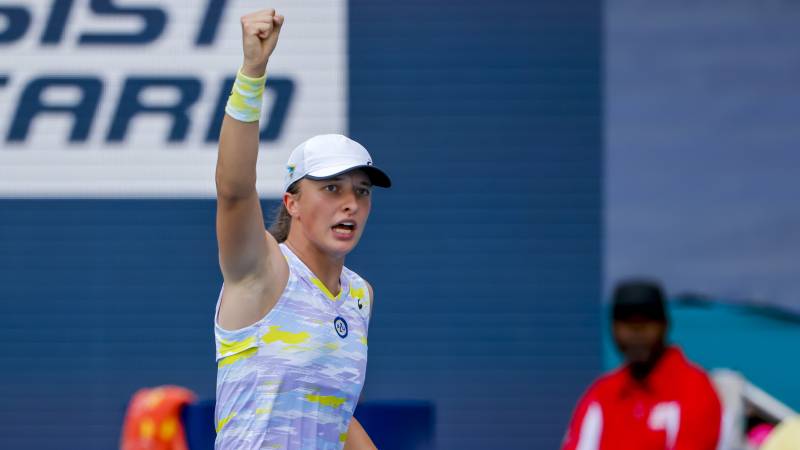 Iga Swiatek won the WTA tournament in Miami. The Pole, who was also the best in Indian Wells last month, beat Naomi Osaka 6-4, 6-0. After Steffi Graf, Kim Clijsters and Viktoria Azarenka, Swiatek is only the fourth player to achieve the “sunshine double”.

The new world number one had enough in 79 minutes to sign this “sunshine double” (victory of Indian Wells and the Miami Open successively).

Swiatek had also won his last five finals and lost an average of just 1.6 games per set. The Pole only struggled in the first set, but won it after a break at 2-2.

In the second set, the 20-year-old was in a class of her own and, just like in the first set, she gave no breaks. This is her seventeenth consecutive victory and she is also the youngest winner of the two hard-court tournaments in the United States in the same year.

On Monday, Swiatek will take over the top spot in the world rankings from Ashleigh Barty, who recently announced her immediate retirement from tennis. Barty was the best in Miami last year.

Osaka started the tournament as number 77 this week. The four-time Grand Slam winner and also former world number one climbs to 36th place thanks to her last place.