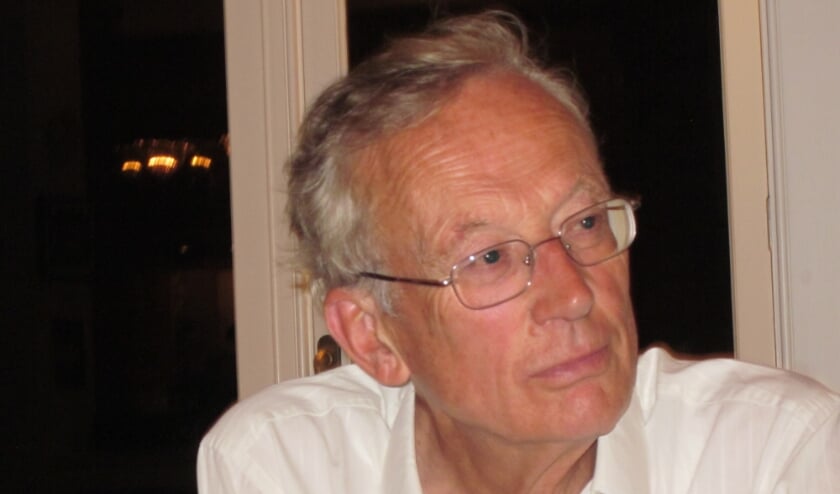 The name Kolff is certainly not an unknown name in Vlissingen. Father Kolff was mayor of Vlissingen from 1946 to 1967. Dirk Kolff came to live in Vlissingen when he was eight years old and stayed there until he went to study in Leiden when he was 19. “But of course I kept coming as long as my father lived there.” Dirk Kolff is Emeritus Professor at Leiden University and met Frans Naerebout about ten years ago. “A historian came to me with a manuscript of a naval officer who was in Vlissingen when the French invaded in 1795. This officer was also called Kolff, by the way, unrelated, and I went to find out . Then I came in the footsteps of Frans Naerebout.”

boys books
Naerebout has already been the subject of writings in the past: poems of praise and books for boys. “A completely different picture of Naerebout emerges there. That he was a poor fisherman and more things that turn out not to be correct at all.” Kolff managed to gather a huge mountain of new facts about Naerebout. Kolff: “It was a surprise that so much could be found about him, in The Hague in the navy archives, but also in the municipal archives which were still in the Hellbardierstraat at the time.” Naerebout is best known as a human saviour; in 1799, he saved 71 passengers from the Woestduyn, which had crushed a sandbar in the harbor of Vlissingen. Kolff discovered there was a lot more to say about him.

Dual Biography
On Friday April 29, his book ‘Frans Naerebout (1748-1818) and the Vlissingen of his time’ will be published at the town hall of Vlissingen. Pilot and citizen of a city in decline’ presented. “It’s more than just a biography of Naerebout,” says Kolff. “I also deeply penetrated the city of Vlissingen at that time and in a sense it became a double biography.” What Kolff noticed most about Vlissingen at this time was the heaviness of the city’s history. “Everything happened twice as violently in Vlissingen as elsewhere. It’s really remarkable.” Kolff also found extensive information about the period when Naerebout was no longer working as a pilot for the VOC. “Like many other pilots at the time, he was very involved in measuring the depth in the Western Scheldt. Moving the barrels at sea was also part of the job. The pilots did it themselves at the time , now there is a separate service has been created.” Later, Naerebout returned to the navy where he worked as a pilot.

Presentation
‘Frans Naerebout (1748-1818) and the Vlissingen of his time’ will be presented on Friday April 29 from 2 p.m. to 4 p.m. at the town hall of Vlissingen. The presentation is free to access and you can register by sending an email to: [email protected] Kolff: “This is the first real biography on Naerebout. Usually only admirals have their own biography and I hope I have done justice to the person of Naerebout.”