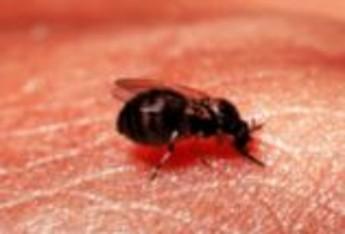 More and more exotic species, also called exotics, are present in Spain. These are animals and plants that are not native to Spain, but found their way there through human intervention. Some alien species are harmful to the ecosystem and are therefore called “invasive”. If it belongs to the Spanish Ministry of Ecological Transition, the possession, transport and trade of certain invasive species will be banned as soon as possible.

Meanwhile, the government has declared several species of ants, a fish, a plant and almost the entire family of mongooses and meerkats “invasive alien species”. If this status is approved, it will be prohibited by law to possess, transport and trade the species. The government hopes this will slow the menacing scourge of invasive species.

the Solenopsis invicta, also called red fire ant, is a small insect about 4mm in size that has left a burning itch on many people in the past. The UN warned nearly 15 years ago of the spread of this highly aggressive ant that spreads at lightning speed. Moreover, they eat everything they meet on their way; from cockroaches and beetles to dead snakes, plants and crops. They eat through traffic light wiring and destroy entire crops. The economic damage is significant. The ant, native to Paraguay and Brazil, was first discovered in Malaga in 2006. Here, an ant bite later led to a case of “anaphylaxis”, a severe allergic reaction with potentially serious consequences. The fire ant would have ended up on Spanish territory via imported wood.

Prevention is better than cure

Invasive species specialists advocate a preventative approach. It is more effective and less costly to intervene adequately before the species spreads. If this intervention is not done in time, this could have serious consequences, both economically and ecologically. For example, the red palm beetle has already caused enormous damage to Spanish palms. So much so that the insect is in the top 10 of invasive species that have caused the most economic damage in Spain.

In Vallvidrera (Barcelona), a large reservoir was emptied for more than 2.5 months a year and a half ago. The reason, the “cleaning” of the Paramisgurnus dabryanus, an exotic and invasive species of fish native to Southeast Asia. According to the Catalan government, this invasive species has “a negative effect” on other populations of invertebrates in the ecosystem and can seriously upset the balance. The species can also introduce parasites into native communities.”

The reservoir was eventually emptied for months. The sludge had to dry out well because fish species can absorb oxygen from the air and, once drained, can survive in the sludge layer of the tank for up to two years. Unfortunately, the conclusion after the completion of the project is that the fish can still be found in the reservoir.

Most headaches about invasive plant species

Although the Asian loach and the red fire ant appeal more to the imagination, it is mainly invasive alien plants such as ‘pampas grass’ and ‘large loosestrife’ that cause headaches in the body. ‘Spain. This is how the Myoporum laetum, also called ngaio tree – an evergreen shrub from New Zealand – has now made its way to Spanish shores. More than 10 years ago, the Spanish Ministry of the Environment described the species as an “escaped garden plant”, which was already appearing more and more in the dunes at that time. Meanwhile, the spread of the invasive plant has forced Spain to pull out all the stops to rid coastal dunes of the species.