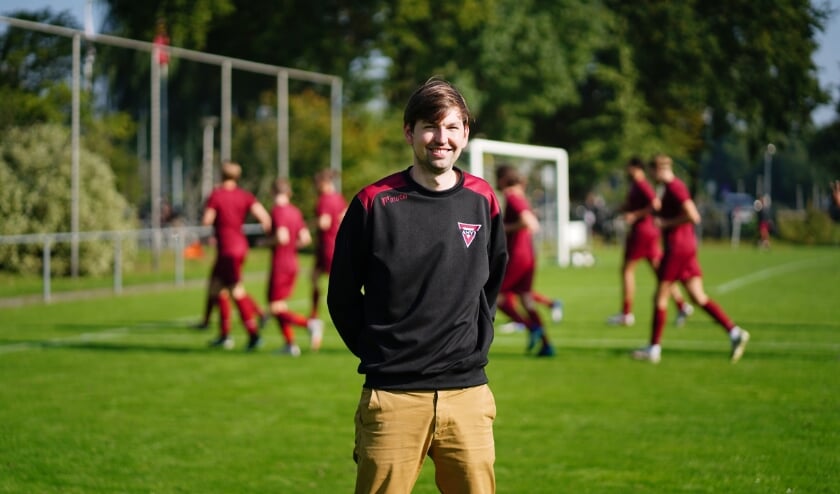 AMETELVEEN Amstelveen is eighth on the list of the fifty largest municipalities as the sportiest city in the Netherlands. In terms of sports equipment, it is even number one. A good score, but there are still points for attention. Various associations are reaching the limits of their capacities.

How should it be if Amstelveen continues to grow? The Mulier Institute has attempted to answer this question. To this end, the research institute, on behalf of the municipality, looked at the current situation and the future. At present, the municipality has sufficient sports accommodation, at least if you look at the current demand, as described in the sports memorandum. However, one condition is that the shrinking associations are ready to accommodate and cooperate more to make room for the sports of hockey and rugby. There are already shortages in terms of areas of competition and training. They also come up against the limits of several football clubs. Waiting lists and stops for members have been introduced there. Building synthetic turf pitches can help, but there isn’t room for expansion everywhere. This is the case, for example, with the Amsterdamse Bos hockey clubs. If nothing is done and the biggest growth scenario is assumed, Amstelveen will soon run out of 27.5 hockey fields. Doing nothing is therefore not an option if Amstelveen wants to keep his place in the ranking. And the different clubs?

[AMVJ] AMVJ, originally a club in Amsterdam, located on the Nieuwe Loopveld, is already reaching its limits. Eight associations come under the AMVJ. The club is located on the Nieuwe Loopveld. The land is leased by Amstelveen in Amsterdam. “We have a lot of members from Amsterdam,” said Lex van Hees, president of AMVJ football. “We currently have about 200 children on the waiting list. Our sports park is growing, we no longer have room for new members. A new synthetic turf pitch would help, but because we share the park with, say, cricket, it’s not only possible. There is also golf on our site. A number of the holes would initially be moved further into the polder, but there have been protests against this. “

An additional synthetic turf pitch is therefore a pure necessity to allow everyone to train.

[SPORTING MARTINUS] At Sporting Martinus they would also like to replace the natural grass pitch with an artificial one, ”said Rick van Bruggen, club president. “We now have a 3.25 pitch and our club has over 1,300 members. We are bombed, we have a waiting list with a few hundred children. We must not only disappoint the young people, the same goes for the senior teams. The club is in talks with the municipality regarding the replacement of the natural grass pitch by an artificial pitch. “We now have two artificial turf pitches and one natural turf pitch. We often have to cancel matches on these; you can’t train there and in winter you can’t schedule a match after 4 p.m. because there is no light. An additional synthetic turf pitch is therefore a necessity to allow everyone to train and play football during the weekend. Another possibility is a possible collaboration with other associations in Amstelveen, where the fields are used less intensively. [RODA’23] Roda’23 is one of the biggest football clubs in Amstelveen with 5.5 pitches. “We have a waiting list, especially at the lower level,” says President Ronald Posthumus. “It has to do with our available capacity. However, we are not afraid to grow, as long as the sports park is optimized. With the expansion of Aalsmeer and the new districts of Amstelveen, the demand for fields may increase. “Together with AmstelveenSport and the municipalities, we are thinking about how we can better use our capacities. The construction of a synthetic turf pitch is a priority on the agenda. [ARC RUGBY] ARC Rugby could also use a new synthetic turf pitch. The association has grown enormously in a few years. “It is an inclusive international association, which also attracts new members,” said the alderman. “In addition, the popularity of the sport is on the rise. With ARC, we are studying the possibilities of a new synthetic turf pitch. However, there is too little space where it should be. A synthetic turf pitch takes up more space than a natural grass pitch. It has to do with the setting of the terrain. This is necessary to prevent the rubber granules from spreading too much and ending up in water, for example.

Even though the clubs would like to work more together, there is still a lot of emotion at work

[EMOTIE] Some of the capacity issues can be addressed by making the clubs work more intensively and perhaps even by merging. In practice, however, it is not that easy. “Even though the clubs would like to collaborate more, there is still a lot of emotion involved,” said Alderman for Sport Rob Ellermeijer. “The clubs have to agree not only on their uniform, but also on the sports park where they will play. Broadcasting moments of training and competitions can also help. At Roda’23 and Sporting Martinus for example, seniors train late at night. Posthumous: “Sometimes only at nine o’clock, because there is no room earlier.” The biggest bottleneck, however, is competition. Saturdays are very busy in the clubs. “Nationally, you are seeing a decline in the popularity of Sunday matches,” explains Ellermeijer. “This also applies to Amstelveen.” At Roda ’23 they try to postpone the matches until Sunday, but it doesn’t always work. “For young people under the age of fourteen, there are often not enough teams playing on Sunday to start a competition,” says Posthumus. Sporting Martinus solves this problem by playing matches later on Saturday, for example at 5 and 6 p.m. [IMPORT] Part of the pressure on Amstelveen associations comes from people starting to exercise from other places in Amstelveen. The largest group comes from Amsterdam. “In Amsterdam, there are too few sports facilities for the number of inhabitants. We are discussing this with the municipality of Amsterdam, ”explains Ellermeijer. According to Rick van Bruggen, it’s no surprise that Amsterdam locals come to Amstelveen to play sports. Van Bruggen: “The impoverishment of football clubs in Amsterdam is too great. More attention should be paid to it. You see Amsterdam associations with a lot of history slipping away. Parents want a safe environment for their children to play sports. When they can find him in Amstelveen, they go. Many children are brought to us by their parents and picked up after training or competition. Opinions differ on whether to import from Amsterdam, but also from Aalsmeer and Uithoorn.

Sport is becoming more and more regional. That’s why I see it mainly as an opportunity

[REGIONAAL] “It’s hard to stop people at the Amstelveen border,” said Heleen van Ketwich Verschuur, director of AmstelveenSport. “Sport is becoming more and more regional. That’s why I see it primarily as an opportunity. Sporting Martinus and Roda’23 feel the same. They don’t want to turn away children from outside Amstelveen. Alderman Ellermeijer thinks this is a point of attention. “It cannot be true that we invest money in good sports facilities and people from outside use them because the facilities in our own municipality are not in order.” He is in consultation with Amsterdam on this matter and also pleads for more consultation in the region, for example with the municipalities of Amstelland. The sports aldermen of the municipalities of Amstelland will meet soon. Incidentally, Ellermeijer considers that Amstelveen has a role to play as a central municipality in the Amstelland region. [ZWEMBAD] The pressure from Amsterdam is not only felt in the sports clubs in Amstelveen, but also at the swimming pool. De Meerkamp is also frequented by swimmers from Amsterdam. De Meerkamp is also used from Uithoorn, where there is little bathing water. On the other hand, there is also the fact that people bathe in Aalsmeer from Amstelveen.

Not all associations need their own clubhouse

[MULTIFUNCTIONEEL] As AmstelveenSport, Van Ketwich Verschuur wants to keep a close eye on what will be needed in the future. “Don’t panic to build synthetic turf pitches or padel courts, but also look at what other areas can be profitable. In addition, it is important not to blindly follow trends. Padel is popular now, but what will it look like in a few years? When building new housing, look especially at multifunctional sports complexes, where several associations share facilities. Not all associations need their own clubhouse. The advisor agrees. “If we had been able to develop the sports parks of the Sportlaan with today’s knowledge, we would have done it differently. It is expected that a new sports park will be built south of the Scheg in the future. A multifunctional sports park could be built there. [BUITENRUIMTE] The municipality also has an eye for (individual) sports in the outdoor space. More and more adults no longer attend an association, but play sports when it suits them. For example while walking, cycling or running. “We conducted a study on commonly used running, cycling and walking routes in Amstelveen to see how we can improve these routes,” said the alderman. “For example, by better linking the roads together, but also by improving the paths. Exercise areas are also being built, including fitness equipment in the outdoor area and multi-purpose fields where you can play football / hockey and basketball. A big wish from AmstelveenSport, which also deploys neighborhood sports coaches to get people to exercise more. [Dit artikel is tot stand komen dankzij een bijdrage uit het Mediafonds.]