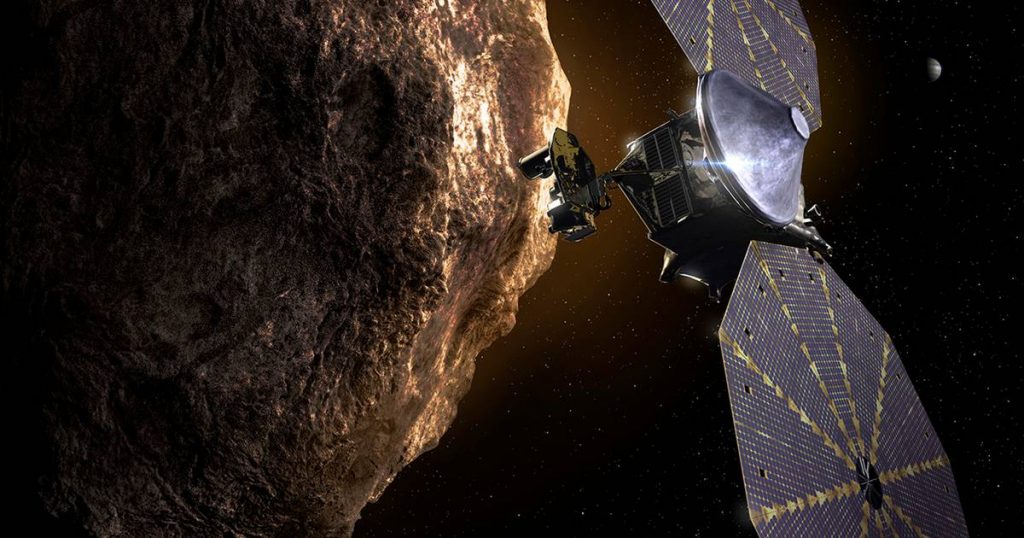 Millions of rocks fly near the planet Jupiter. They orbit the sun and are remnants of when our solar system was formed billions of years ago. For the first time, a space probe is now going there, the American capsule Lucy. It will be launched on Saturday. The launch is scheduled for 11:34 Dutch time.

The Trojan asteroids are called the rocks. They fly in the same orbit around the sun as Jupiter, located 530 million kilometers from the sun. It is about five times farther than Earth. The rocks are divided into two groups called swarms. One half flies in front of Jupiter, the other half flies after Jupiter. Lucy needs to understand what they’re made of, among other things. It may say something about the cloud of dust from which the sun, earth, other planets, and all moons once formed.

To reach her destination, Lucy must embark on a complicated journey that will take her around 12 years. Earth must launch the probe several times with gravity. This will happen first in October next year and then again in December 2024. In April 2025, Lucy hovers over an asteroid between the planets Mars and Jupiter. Then the probe flies off towards the swarm of rocks which fly in front of Jupiter. In 2027 and 2028, she will visit the asteroid Eurybates and its moon Queta, and the asteroids Polymele, Leucus and Orus. When this is done, Lucy returns to Earth for a while. Our planet must carry it in December 2030 towards the other swarm, which flies after Jupiter. In March 2033, she must arrive at the rocks Patroclus and Menoetius. When Lucy is there, she has a total of over 6 billion kilometers on the clock.

The Lucy has huge solar panels to generate electricity. It is the first time that such a distant probe has used solar energy. The predecessors were powered by nuclear energy.