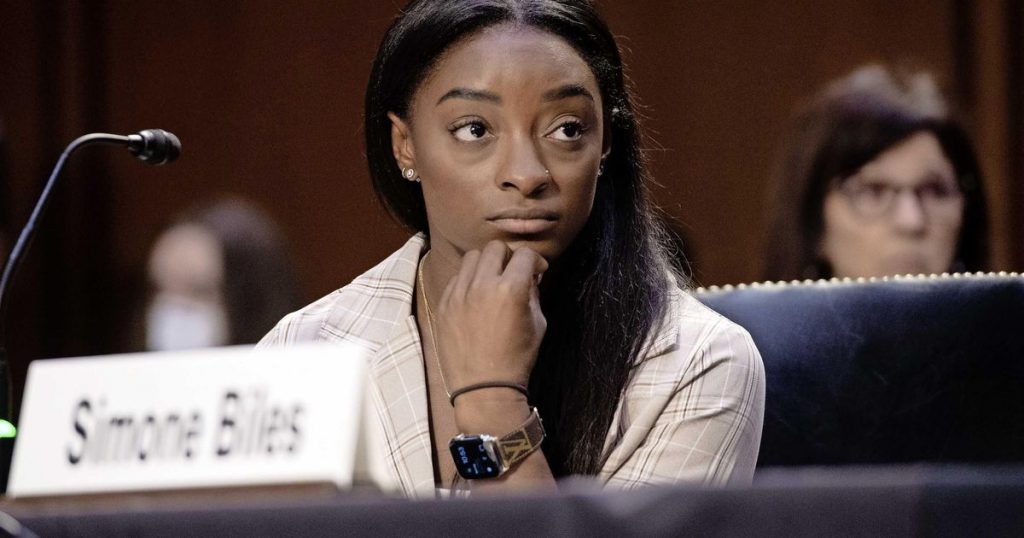 Biles, McKayla Maroney, Aly Raisman and Maggie Nichols say the USOPC board failed to take sufficient action in the abuse case involving team doctor Larry Nassar. He was sentenced to 175 years in prison in early 2018 for sexually abusing hundreds of young gymnasts.

Four-time Olympic champions Biles, Maroney, Raisman and Nichols are among those victims. They think the national committee made mistakes in handling the scandal. “The actions of the board demonstrate its reluctance to tackle chronic abuse issues,” he said. The Wall Street Journal in the letter.

The USOPC said in a response that it has already implemented major governance changes in recent years. “The letter to Congress underscores their concern and we find it very courageous on the part of the victims that they continue to raise awareness of these issues. The letter refers to issues that the USOPC has been dealing with for more than two years. We continue to do this every day. We have made the most dramatic governance changes in two decades and are fully committed to tackling sexual abuse at all levels of sport. “

The entire summit of the American Gymnastics Federation, USA Gymnastics, resigned in 2018 at the behest of the USOPC after the scale of the scandal became clear. The director of the Olympic committee also left during this period. After Nassar’s conviction, the USOPC apologized to the gymnasts for handling the case.

Last month, Biles and other former gymnasts were heard as witnesses by a US Senate committee investigating possible FBI failures in the Nassar case. The police department reportedly reacted with far too hesitation when the first signals arrived, allowing the sexual abuse to continue for months.

In the Netherlands, many former gymnasts published stories about the cross-border behavior of coaches last year. The sports umbrella organization NOC * NSF apologized to the victims on Monday. They will all receive 5,000 euros, in compensation for the suffering caused to them.