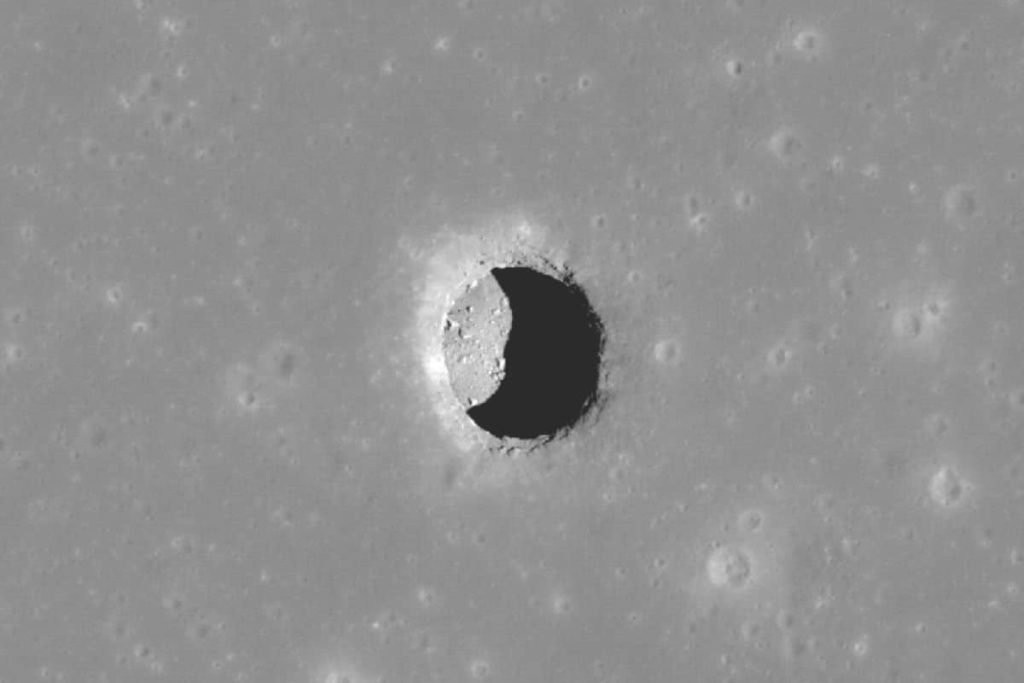 The temperature fluctuates slightly around a pleasant 17 degrees Celsius.

The first pits on the moon were discovered in 2009. Since then, scientists have wondered if they could lead to caves that could potentially serve as shelters for astronauts or lunar settlers. After all, in these caves they are sheltered from cosmic rays, solar radiation and micro-meteorites. The only pressing question is: is the temperature somewhat comfortable there? A new study is optimistic.

The moon
The moon is a harsh and hostile place. Not only is the surface bombarded with harmful radiation, but temperatures soar to 127 degrees Celsius during the day, while cooling down to -173 degrees Celsius at night. This is because the surface is bathed in sunlight on a Monday, which lasts about 15 Earth days. This raises the temperature so high that the water begins to boil. When the sun sets during the lunar night – which also lasts fifteen Earth days – the temperature then drops well below zero. So if we want to go to the moon, we will have to find places where the conditions are more pleasant. And maybe we can find our salvation in the lunar pits.

well
“Lunar pits are fascinating features on the lunar surface,” said researcher Noah Petro. In total, there are about 200 wells on our natural satellite. About sixteen of them are probably collapsed lava tubes. Lava tubes, also found on Earth, are created when molten lava flows below a cooled lava field or forms a crust above a river of lava, creating a long, hollow tunnel. When the “ceiling” of a solidified lava tube collapses, it opens up a pit that can lead to a cave.

Here you see three images of the same pit on the moon. The photos were taken by NASA’s Lunar Reconnaissance Orbiter. The shaft is approximately 34 meters deep and 65 meters by 90 meters wide. There may be an underground cave hidden behind it. Image: NASA/GSFC/Arizona State University

Although this construction suggests that the lunar pits and caves are suitable places for shelter, the question arises as to what the thermal conditions are. The researchers therefore turned to data collected by the Diviner thermal camera aboard NASA’s Lunar Reconnaissance Orbiter to find out if the temperature in the lunar pits differs from the surface temperature.

Tranquillitatis mare
The team zeroed in on a lunar pit about 100 meters deep that can rival the size of a football field. The well is located in an area on the moon known as Mare Tranquillitatis. The researchers then studied the rock and lunar dust present here in order to reveal the temperature prevailing in the pit.

What seems? The results are quite optimistic. For example, the results show that the temperature in the permanently shaded parts of the well fluctuates only slightly on a Monday, around a comfortable 17 degrees Celsius.

Cave
It’s promising. If this well is connected to a cave behind it – as the photos suggest – then there is probably a pleasant temperature in this cave too. Researchers suspect that the overhanging shade is responsible for this constant temperature, which keeps the mercury from rising too high during Monday, while preventing too much heat from dissipating overnight.

So it looks like the moon pits and caves are good places to stay for future moon settlers. These subterranean systems could therefore represent the first safe habitats for humans on another celestial body. “People lived in caves a long time ago,” said researcher David Paige. “And if we’re going to live on the moon, maybe we’ll live in caves again.”