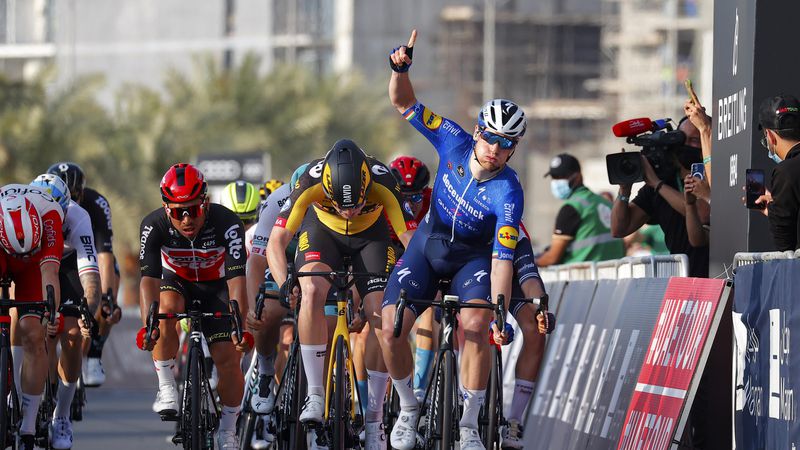 The fourth stage of the UAE Tour had a slow and predictable start, the sprint chronicle announced. After watching the runners chatting for a long time, nervousness only hit in the last few kilometers. Several trains were formed, thanks to which Deceuninck-Quick Step was able to delay his sprinter Sam Bennett. David Dekker found himself a bit stuck in the last few kilometers. However, he sprinted and quickly got the right wheel, that of Sam Bennett. In the meantime, Cees Bol and Pascal Ackermann were the first to start the sprint.

When Dekker wanted to catch up with the Irishman, the latter took a week to overtake Ackermann. Dekker had to hold back and only second place remained, ahead of Caleb Ewan. Overall, our compatriot had the fastest sprint in the peloton. Dekker gets the green jersey of the sprint classification around his shoulders.

Nothing happened with the classification riders. Tadej Pogacar remains leader, 43 seconds ahead of Adam Yates.

sat #Bennett 🇮🇪 burn everyone in the sprint!

The Irishman finds the right opening to cross the finish line first, David Dekker still second in the sprint 🇳🇱.