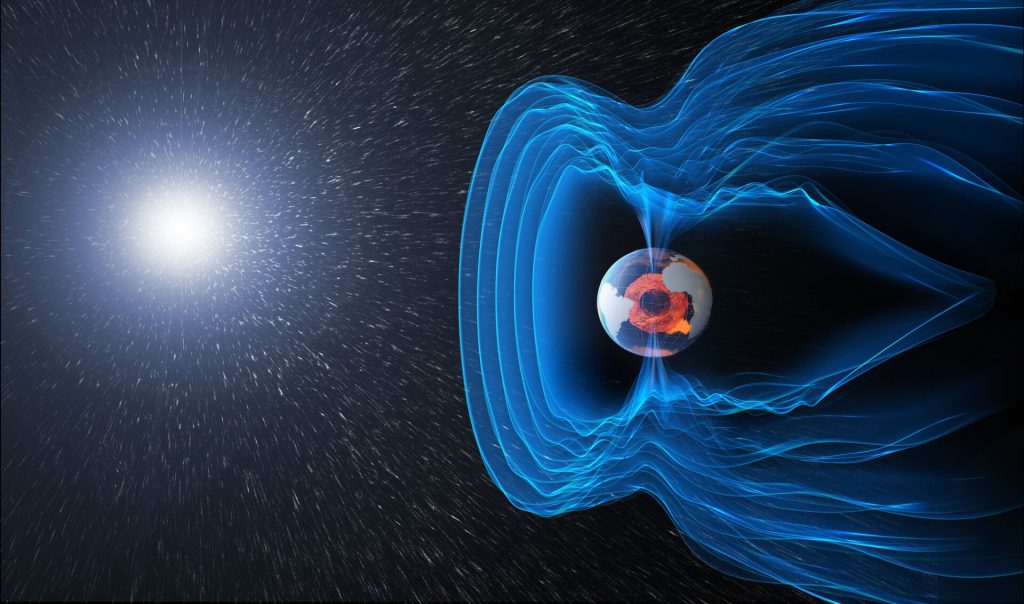 The most recent reversal of the Earth’s magnetic field may have occurred “only” 42,000 years ago, according to a new analysis of the growth rings of a fossil tree. It seems that this magnetic pole reversal has been devastating. It caused extreme weather conditions and possibly led to the extinction of large mammals and Neanderthals.

The Earth’s magnetic field extends in space and is most strongly concentrated at the north and south poles. These magnetic poles move and change places from time to time. The latter occurs every 200,000 to 300,000 years. Yet, little is known about its impact on our planet.

Molecular biologist Alan cooper of Museum of South Australia in Adelaide and her colleagues are proposing new perspectives in this area. They provided the most accurate determination to date of when the Earth’s magnetic field last reversed. Their estimate is that this event – also called the Laschamp event called – took place 41,560 to 41,050 years ago and lasted less than a thousand years.

The team based this calculation on radiocarbon dating of the growth rings of an ancient fossil kauri (Agathis australis). It had been preserved in the wetlands of northern New Zealand. “The tree lived throughout the Laschamps,” says Cooper. “We used the change of radioactive carbon, carbon-14, in the atmosphere to see exactly when the magnetic field collapsed.”

When the magnetic field weakens, more cosmic rays enter the atmosphere. As this radiation converts some atoms into radioactive carbon-14, it spikes the levels of this isotope. By measuring the carbon-14 levels in each annual ring of the kauri tree, the researchers were able to determine the time of the Laschamp event.

Through the use of climate models, they found that several other major events coincided with the Laschamp event. The weakened magnetic field allowed more ionizing radiation from solar flares and cosmic rays from outer space to reach Earth.

“These damage the ozone layer and also cause high concentrations of incoming ultraviolet radiation,” says Cooper. This would have resulted in extreme weather conditions including lightning, high temperatures and lots of sunshine. It may have been difficult for organizations to adapt to this.

These extreme changes in habitat have caused – or at least contributed to – waves of extinction, including large mammals in Australia and Neanderthals in Europe, says biochemist Paula reimer from Queen’s University Belfast, not involved in the study. Megafauna in Australia and Tasmania – giant prehistoric mammals that live there Late Pleistocene and Neanderthals in Europe became extinct around the same time the magnetic poles reversed, about 42,000 years ago.

For a century, the North Pole has been moving frantically, moving about a mile a year, Cooper says. “It doesn’t necessarily mean it will happen again. But if it did, it would be absolutely disastrous, ”he continues.